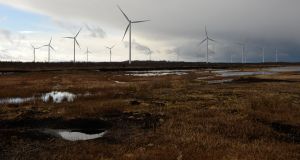 Ireland is the second-worst performing EU member state in tackling climate change, both in terms of national action and support for greater ambition, according to Europe’s largest NGO coalition working on climate and energy issues.

The 2018 Off Target report published on Monday by Climate Action Network (CAN) Europe, which is supported by the European Commission, concludes all EU member states are falling short in adopting the Paris Agreement on Climate Change and in pursuing efforts to limit global temperature rise to 1.5 degrees.

CAN, however, reserves most criticism for Ireland, along with many central and eastern European countries, because of “stiff opposition” to climate actions. Without new, immediate and substantive efforts to cut emissions, it warns Ireland “faces annual non-compliance costs of around €500 million”.

It assessed and rated the role member states play in setting ambitious EU climate and energy targets and policies, and what progress they are making in reducing emissions and promoting renewable energy and energy efficiency at home.

It rates Ireland second last to Poland. “Ireland is set to miss its 2020 climate and renewable energy targets and is also off-course for its unambitious 2030 emissions target,” it warns.

Emissions from the transport and agriculture sectors are increasing significantly, while the Government “has failed to prepare effective policies to align near-term climate action with EU and Paris Agreement commitments”.

At EU level, it says Ireland “failed to join the group of progressive EU member states calling for increased EU climate ambition and played a negative role in the negotiations of the EU 2030 climate and energy legislation, pushing for loopholes to dilute the laws”.

The report acknowledges, however, “the Irish electricity grid has an impressive potential of integrating high levels of renewables, especially wind power, which can still be further developed”.

The Government needs to radically revise its National Mitigation Plan (NMP) to reduce carbon emissions – currently subject to legal challenge – and immediately put in place measures in the transport and agriculture sectors, it recommends.

All use of peat in electricity generation needs to end by 2019 and coal use by 2025, the report adds – a tighter schedule than envisaged.

“Ireland’s poor position stems from dismal progress on 2020 climate and renewable energy targets, rising emissions from the transport and agriculture sectors, the absence of effective policies, and a failure to support greater ambition in EU 2030 climate and energy legislation,” the Irish environmental alliance Stop Climate Chaos said in response to the findings.

The report welcomes the innovative deliberative process of the Citizens’ Assembly and recommends the Government “now radically revise its climate action plan (the NMP) on the basis of the assembly proposals on climate change”.

The 2015 Paris Agreement, and committing to pursue efforts to limit temperature rise to 1.5 degrees, “was a major step forward in safeguarding our planet’s future”, the report says. “Yet the contributions proposed at the Paris talks are nowhere close enough to keep temperature rise below this threshold. Hence the EU, like all other countries in the world, needs to urgently and substantially increase its action, well beyond the currently agreed targets.”