I saw a superposh cat on my garden wall. What was it? Readers’ nature queries 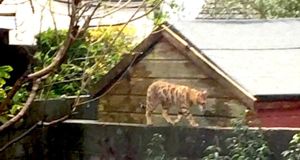 Eye on nature: the Bengal cat that Amy Missen saw on her garden wall, in Sandyford in Dublin 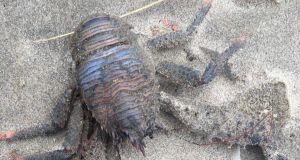 Eye on nature: the spiny squat lobster that Emily O’Byrne found washed up on Portmarnock beach, in north Co Dublin 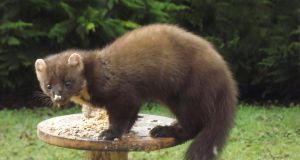 Eye on nature: the pine marten that Raymond Dolan saw in Co Donegal 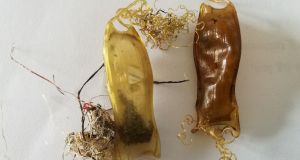 Eye on nature: egg cases of the small-spotted catshark collected by Norah Blandin and her daughter, Ayisha

I photographed a peculiar cat on the wall of my garden. What is it?
Amy Missen
Sandyford, Dublin

It is a superposh Bengal cat, a breed that resulted from selective breeding between the domestic cat and the Asian leopard cat.

The little fellow in my photograph washed up on Portmarnock beach, in north Co Dublin. Is it an immature lobster?
Emily O’Byrne
Batterstown, Co Meath

It is a spiny squat lobster – closer to a crab than a lobster.

There was an interesting concentration of scat on the drive not 10 yards from the house. Do you reckon it was a pine marten?
Tom Wilmot
Ballyshannon, Co Donegal

Yes, the photograph you sent shows the droppings of a pine marten.

Does my photograph show a mink or a pine marten?
Raymond Dolan
Ballyshannon, Co Donegal

It is a pine marten.

My daughter, Ayisha, and I have been collecting and recording mermaid’s purses on the beaches around Tralee Bay for the Shark Trust’s Great Eggcase Hunt. We have found cuckoo ray, undulate ray, small-eyed ray, small-spotted catshark [or lesser-spotted dogfish], white skate and nursehound [or large-spotted dogfish] egg cases. We’re sending you a photograph of the egg cases of the small-spotted catshark.
Norah Blandin
Tralee, Co Kerry