Councils ‘need to step up’ audits of private water supplies 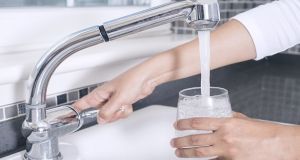 One fifth of the country’s population gets its drinking water from small private wells, the EPA has said.

Local authorities are not doing enough to enforce standards in small private drinking water schemes such as those used by schools, hotels and hospitals, the Environmental Protection Agency has said.

A report published by the authority this week found that such private water supplies offer some of the State’s worst quality water.

One fifth of the country’s population gets its drinking water from small private wells, according to the report, Focus on Private Water Supplies.

All water supplies are supposed to be formally monitored twice a year if they serve more than 50 people, or if they or supply a volume of water greater than or equal to 10 cubic metres a day.

“Part of the difficulty lies with the fact that anybody can sink a well,” said Darragh Page, senior inspector of the EPA’s office of environmental enforcement.

He said planning permission was not required and that authorities may in some cases not know where wells were located.

The authority planned to extend its monitoring of county and city councils to ensure they were carrying out the audits on drinking water schemes that they were required to by law.

Mr Page said the local authorities were not carrying out enough audits and checking water supplies to see if they were at risk.

The authority felt there needed to be further action on auditing small private supplies in the same way as public schemes, Mr Page said.

The EPA has conducted four training programmes for local authorities so far this year to teach them how to properly audit water supplies. Mr Page said it planned to extend its own audits to make sure the authorities were implementing their monitoring programmes.

“There are legal obligations and they need to be carrying them out,” Mr Page said.

A total of 48 audits on private water schemes were carried out by eight local authorities in 2015, according to the most recent figures published by the EPA.

In just five cases did the local authorities follow up those audits with directions to the owners of the schemes to carry out improvements.

Stan Cullen, acting senior executive engineer at Laois County Council said the the council had monitoring programmes in place for the small private supplies and for the group schemes.

“We would intend to cover all of the small private supplies at least twice for rudimentary or check monitoring. With the group schemes, it depends on the population of the scheme and that in turn dictates the kind of sampling that is required.”

Mr Cullen said any supply that did not fall within the drinking water regulations criteria was exempt from having to be monitored by the authority.

But he added that the council had a responsibility to make advice available to such exempted schemes and that if it was aware of a particular risk, it should inform them.

Thirty private group water schemes across the State and 864 small wells were not monitored by councils for E.coli in 2015, including 270 serving hotels and restaurants, 99 schools and childcare centres and 23 nursing homes.