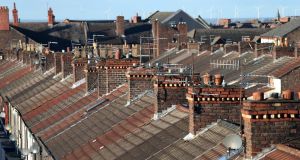 Budget allocations for the Housing Assistance Payment (Hap) scheme will breach the €1 billion mark from next month.

Rising from a comparatively low investment of €390,000 at its genesis in 2014, spending has been scaled up to help combat the housing crisis reaching €422 million in 2019. Next year’s allocation of €503 million will bring total expenditure to more than €1.4 billion.

The scheme enables local authorities to make a monthly payment to a landlord on behalf of a tenant who pays a weekly contribution based on their household income.

Statistics from the Department of Housing give an insight into the reach of the scheme and the number of people relying on it across the country.

Hap tenancies set up by the end of 2018 (the latest available data) show the highest number of recipients based unsurprisingly in Dublin and Cork.

Galway reached 889 between its two local authorities, and Limerick 557.

Outside of those major urban centres, most newly established supported tenancies emerged in the counties surrounding the capital: 965 in Co Louth; 755 in Co Meath; and 706 in Co Kildare.

In Dublin, during the first quarter of 2019 (latest available figures), average monthly Hap payments were well over €1,000 per month reflecting the high rental market in the capital. The highest average was in Dún Laoghaire Rathdown at €1,359. That compared to the lowest monthly average of €394 in Donegal.

The highest payment to date was in that area at €2,500 although this was described by Minister for Housing Eoghan Murphy as “an exceptional case”.

Overall, the department said that between 2016 and 2018 the housing needs of about 91,000 households have been bolstered under this and the Rental Accommodation Scheme (Ras).

“If the funding provided for these 91,000 households had been transferred to capital expenditure, to support building or buying homes, it would have secured some 5,500 homes, leaving no resources available to support the other 85,500 households,” it said.