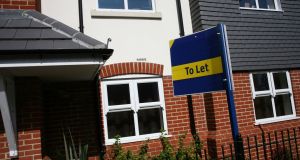 Properties must comply with certain standards such as having a washing machine, hot and cold water, a heater in each room and facilities for cooking and fire safety. Photograph: iStock

Under housing regulations, properties must comply with certain standards such as having an intact roof, natural and artificial light as well as a washing machine, hot and cold water, a heater in each room and facilities for cooking and fire safety. It is the job of local authorities to inspect and, where appropriate, issue improvement or prohibition notices or ultimately to take legal action against the owners.

Clare County Council inspected 554 dwellings, 491 of which failed to meet standards. No improvement notices were issued and 30 legal actions were taken.

Galway City and County Council inspected 688 dwellings and 493 were not compliant with regulations. The council did not issue any improvement notices or take any legal actions.

The Irish Property Owners’ Association advises property owners to inspect their rental properties themselves, to ensure compliance with the housing standards, some of which date from 2019.

Chairman of the association said frequent inspections ensure that items that need addressing are dealt with in a timely manner. He said landlords should be aware of fire safety rules and they should ensure there is a fire blanket in the kitchen, fire alarms are working and plugs are not overloaded.

However, Mr Faughnan said the current system as a pass/fail system could result in the failure of a property which had been refurbished to a high standard. He said issues such as the absence of a microwave could result in a fail result and he called for “a system that reflects the general standard and quality of rental accommodation in Ireland”.