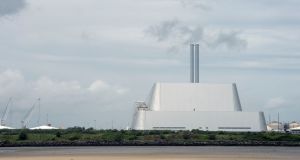 The Health and Safety Authority (HSA) is carrying out a criminal investigation into a lime leak at the Poolbeg incinerator, in June, which resulted in 11 workers being hospitalised.

In correspondence provided to Dublin City Council’s Environment Strategic Policy Committee, HSA assistant chief executive Brian Higgison advised that a criminal investigation under the Health, Safety and Welfare at Work Act is under way regarding the incident.

The HSA refused an invitation to provide an interim report on its investigation to the committee, saying it cannot pre-empt the outcome prior to its conclusion.

The Environmental Protection Agency (EPA) also declined to provide an update on its enquiries into the lime leak as it has initiated legal proceedings against plant operator Covanta arising from tests carried out around the time of the incident.

The committee heard Covanta has reported 12 non-compliances at the incinerator to the EPA as well as 16 incidents of note.

Committee member Joe McCarthy of An Taisce suggested that six non-compliances are now arising from the Waste-to-Energy plant every month given it was not operational for one of the three months in question.

Members also heard the plant exceeded three emission parameters during testing on September 13th, and that that was reported to the EPA.

Covanta representatives said the breaches were as a result of an “anomaly” caused by the actions of an outside contractor working on the site on the day in question.

It was added that the contractor had accepted responsibility for the abnormal readings which were caused by “human error”.

This was the only occasion on which emissions exceeded parameters over 19 days of testing, they said. A report taking into account 30 consecutive days of half-hourly emissions testing is due to be compiled and published by Covanta once the testing concludes next month.