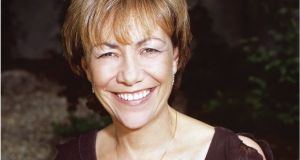 Sheila O’Flanagan: ‘Pupils will be able to look directly into both my home office and living area from their classrooms.’ File photograph: The Irish Times

Best selling author Sheila O’Flanagan has told An Bord Pleanála that construction of a new school near her Dublin home will be “catastrophic” for her privacy.

The plan involves the demolition of the existing building and permission was granted despite opposition from O’Flanagan and local residents.

The contentious development involves relocation of the school beside houses on Copeland Grove.

In an appeal against the council decision, O’Flanagan told the appeals board that “the loss of privacy to me \[and other residents] by placing the school so dramatically close to our homes is catastrophic”.

The Copeland Grove residents group have also appealed the decision while the Department of Education has appealed against conditions attached to the grant of permission.

O’Flanagan has told the appeals board, “I am a writer and work from home. I need space and time for reflection as well as physically writing. I do not want to be observed daily by students as I work. Nor do I want to observe them.”

She claimed to be one of the most affected by the siting which would “result in a significant loss of privacy both to my home as a residential space and to my home office where I have worked for more than 20 years”.

‘View into my bedroom’

O’Flanagan, whose All for You won an Irish Popular Fiction Book of the Year Award, stated that if permission is upheld, the school building will be significantly higher than the houses and students will be able to look down into each home.

“Pupils will be able to look directly into both my home office and living area from their classrooms as well as having an unimpeded view into my bedroom which I find totally unacceptable.

“In granting permission, the very valid concerns of the broader community have not been taken into account by Dublin City Council.

“It should not be the case that the very necessary development of the school should impact so catastrophically on the residents who have always supported it.”

She also criticised the department’s ’s decision to move the building within 100m of her home despite the school having an area of 9½ hectares (23½ acres)to build upon.

O’ Flanagan said the site was chosen by the department in order to preserve the views of protected structures of Mount Temple House and the Clocktower. She also said that the views from the buildings that are not used for day-to-day purposes have been placed ahead of the valid concerns of locals.

O’ Flanagan said “this seems to be a complete failure by Dublin City Council to consider the quality of life of local residents”.

A decision is due by the appeals board in June.