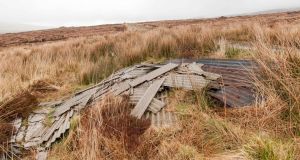 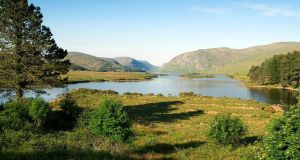 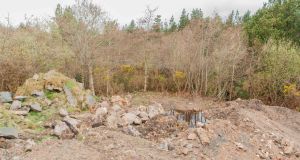 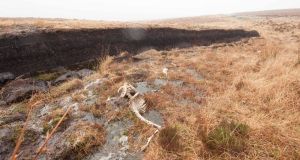 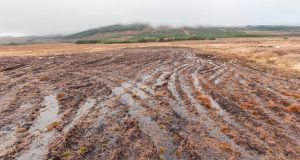 An example of damage to the land following illegal dumping in Glenveagh National Park, Co Donegal. 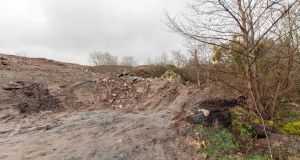 A quantity of asbestos as well as a large amount of building material has been discovered illegally dumped in one of the State’s national parks.

The Irish Wildlife Trust (IWT) has lodged a complaint with the Environmental Protection Agency and Donegal County Council in relation to the discovery at Glenveagh National Park, Co Donegal. It is understood the local authority will investigate.

Over the weekend, a large quantity of builder’s rubble was found in a small woodland across the road from the main entrance to the park. In another location, a quantity of what is believed to be asbestos was discovered along a bog track.

In an area just outside the park, but inside a wider “special area of conservation”, new turf banks could be seen alongside the corpses of dead animals. “This is also in contravention of national policy and an illegal activity,” said the IWT.

“It is hard to exaggerate the damage that is being done to protected habitats and one of Donegal’s most important tourist attractions.”

IWT campaigns officer Pádraic Fogarty said: “It’s quite astonishing for this activity to be happening anywhere, but to see it inside one of our national parks is particularly distressing.

“The fact that this seems to be an ongoing feature suggests that serious questions need to be asked of the National Parks and Wildlife Service and park management.”

Minister for the Environment Denis Naughten has announced a plan to use drones in a new crackdown on illegal dumping in rural and disadvantaged areas.

The Department of the Environment is expected to spend close to €10 million on enforcement action.

Community groups and State agencies will get €650,000 to combat the issue, some of which will be used to pay for drones which will be able to take aerial images of dumpers.