Aware of the environment, policymakers are looking at new ways to deal with fuel poverty 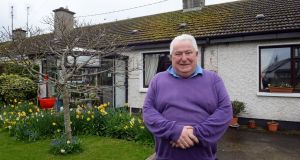 “Energy poverty is an environmental issue. It is an economic issue that blights lives, and energy efficiency is the most important means of tacking energy poverty,” said Minster for Communications, Climate Action and the Environment Denis Naughten at the recent Fuel Poverty & Climate Action conference, held in Dublin.

An estimated 400,000 households in Ireland suffer from fuel poverty, which is defined as spending at least 10 per cent of your income on keeping your home warm and comfortable.

Naughten also acknowledged that Ireland relies on imported fossil fuels to meet over 88 per cent of our energy needs at a cost of €4.6 billion. “That’s a cost we cannot afford in cash and our planet cannot afford at all. The challenge of climate change dwarfs every issue we’ve faced. The consequences of our mistakes will be huge if we fail,” he said.

The words “fuel poverty” conjure up images of old people sitting close to an open fire, burning their last few peat briquettes. And the traditional State support for low-income families struggling to heat their homes has been to give them money to buy coal, oil or turf.

The scientific and moral arguments for urgently responding to climate change were also clearly presented. And there was a sense of joined-up thinking that so-called deep retrofits with high levels of insulation would be a win, win, win in terms of giving people healthier homes, reducing Ireland’s greenhouse gas emissions by burning less fossil fuel, and creating employment for construction workers carrying out the upgrades.

Another initiative – the Warmth and Wellbeing Scheme, jointly run by the Department of Housing, Planning, Community and Local Government and the HSE – will offer deep renovation measures to improve energy efficiency in homes with householders over 55 and families with young children in parts of Dublin city.

In other parts of the country, local authorities are in charge of upgrading the insulation in social housing stock through grant aid from the Department of Housing. Energy Action has also been providing free home insulation service to vulnerable people for over 25 years.

However, some experts claim that while such schemes are praiseworthy, many low-income householders don’t put themselves forward – even when offered free renovation measures for their homes.

“It’s difficult and expensive to identify the fuel poor on the doorstep, so the best solution might be an area-based approach. By including everyone, you get those who are hiding, those who are leading chaotic lives and wouldn’t self-refer to a scheme,” said Dr Brenda Boardman, emeritus fellow from the Environmental Change Institute, Oxford University.

One-third of the fuel poor are living in privately rented accommodation or rented local authority homes. And according to Boardman, the majority of those living in fuel poverty are in G-rated homes.

“We need to bring these homes up to A or B [Building Energy Rating]. The poorest people should be in the most energy-efficient homes. If you can’t eradicate fuel poverty in the next six years, you can’t do climate change. Ireland needs to tackle 150,000 properties a year every year for the next 30 years,” she said.

Other experts argue that people need to be educated on how to manage their homes when upgrades are put in place.

“If we want people to live in healthy home environments, we need to give them skills to do so,” said Norman Kerr, director of Energy Action, Scotland.

“Things like turning the heating down and not opening windows, controlling the heat from source at the boiler and not adding large amounts of cold water just so you can put your hand in a sink of hot water to wash the dishes.”

As the focus turns to educating people on how to live more energy-efficiently in their homes, the European Commission will open its first think tank on energy poverty later in 2017. Harriet Thomson, the co-ordinator of the European Energy Poverty Observatory, said the institute will give people information on the extent of energy poverty across Europe and measures to combat it.

“It is widely agreed that energy poverty across Europe is due to high energy prices, low household incomes, inefficient buildings and appliances and specific household energy needs,” she told the Fuel Poverty and Climate Action conference.

“Living in energy poverty is linked to ill-health. Respiratory and cardiac illnesses and mental health problems are all exacerbated by low temperatures and the stress associated with unaffordable energy bills,” she said.

Free efficiency: ‘Initially, I thought it was a swizz but now think everybody should get it’

Gerald Sinnott is delighted with the free insulation upgrades he got in his home in Newtownmountkennedy, Co Wicklow. “I’m in the men’s shed here and I saw the Warmer Homes brochures for free insulation there. My wife, Veronica, gets the fuel allowance. So once we applied, they came out within two weeks,” explains Sinnott.

The attic insulation and boiler lagging jacket were fitted about 18 months ago and Sinnott says he notices their single-storey home is warmer.

“Initially, I thought it was a swizz but now I think everybody who is eligible should get it and it gives employment as well. Emptying the attic so the installers could put in the insulation was the hardest job.”

Separately, the Sinnotts carried out other works on their house. “We put in new double-glazed windows and insulated the dining room, kitchen and sitting room,” he says. The fitters with the Bray Area Partnership Warmer Homes scheme also advised them to switch to low-energy lighting throughout the house. The family continue to use oil-fired central heating in their home.

Some of his neighbours have since followed his example and gotten free attic insulation.

“People are often afraid to get work done and let tradesmen into their homes. But with this scheme, they call you and give you a time and date and the foreman comes and check the work afterwards,” says Sinnott.

1 Gardaí disperse crowds gathered at coastal beauty spots
2 Six counties free of new cases of Covid-19 over past week
3 US cities become battle zones as anger at racial inequality erupts
4 Maureen Dowd: If Donald Trump no longer tweets, does he even exist?
5 Changes to Covid-19 payments to be considered next week, Minister says
Real news has value SUBSCRIBE