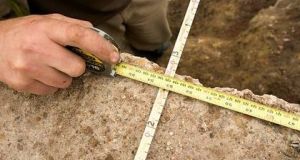 The Institute of Archaeologists of Ireland has called for recognition of the qualifications and professional work done by archaeologists. Photograph: Getty Images 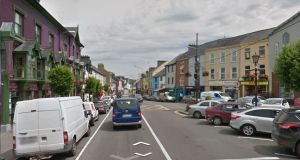 The statement comes after a protest last week in Macroom (above), Co Cork, where members of Unite’s archaeology branch voiced concerns about pay rates on the bypass at the town. File photograph: Google Street View

The Institute of Archaeologists of Ireland (IAI) says it is willing to to act as a mediator between parties involved in recent industrial disputes in the sector.

In a statement the IAI said “appropriate remuneration and working conditions are a necessity”, and it called for recognition of the qualifications and professional work done by archaeologists.

The institute said it hoped the ongoing dialogue between commercial sector employers and the Unite trade union“will be fruitful and bring archaeology to equivalence with other areas of the construction sector”.

The statement comes after a protest last week in Macroom, Co Cork, where members of Unite’s archaeology branch voiced concerns about pay rates on the bypass at the town. They said it was the first time archaeologists in Ireland had left a site to protest about pay since the 1970s.

Unite’s Muiris Wade said there was a huge amount of frustration about pay in the industry, with archaeologists earning close to the living wage.

“This whole event is a build up of years of running into walls. It is one of those professions where 100 per cent of people who are doing it love the job.” But “you can find yourself working in an environment where you don’t feel valued. It can be hard to make ends meet.”.

He said the pay scale in the industry did not take the love out of the work but it “makes it hard for you to remember you love it”.

“You think you could have a three-month contract and it finishes quickly or it can turn into six months. When the building stopped [during the recession] we stopped. It is unstable.”

Stuart Elder, who works on the Macroom bypass as a site director, said the situation was insulting to the profession.

“They [IAC] have one level of pay for one site and they drop pay on another site. You can’t do things like that. The pay doesn’t reflect the years of experience. I had another person employed by IAC who came in who was earning more money than I was and only has half the years experience I do.”

Mr Elder, who moved to Ireland from Lancashire over 20 years ago, said they had tried and failed to get companies to agree to minimum pay levels.

Labour’s employment spokesman Senator Ged Nash said “IAC must show respect to their workers, many of whom hold postgraduate qualifications and have considerable experience yet are expected to live on just €12.50 an hour.”

The former minister of state added: “The firm must engage with the union, and Minister Ross and his Government colleagues must make it clear that companies in receipt of State contracts must be expected to engage with our industrial relations institutions.”

In a statement IAC said it deals directly with staff on contractual matters.

“Earlier this spring the trade union Unite circulated a letter throughout the commercial archaeology sector seeking additional increases in pay/rates.

“IAC have been offering salary packages on projects at or up to 4 per cent above those rates. IAC communicated this position to the WRC on May 11th this year.”

The Macroom bypass involves the building of a 22km dual-carriageway from Coolcower to Ballyvourney.