New rules on hedge-cutting and burning of gorse condemned 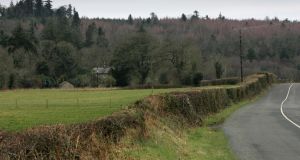 The passing of a controversial Heritage Bill in the Dáil that will ease restrictions on the burning of heather and gorse and cutting back hedge-rows has been widely condemned.

The Bill allows for the burning of vegetation in March and hedge-cutting in August under a pilot project which will encompass the entire country.

Opponents, including environmental and wildlife NGOs, conservationists and some farmers supporting biodiversity, claimed it was unenforceable and had no scientific basis. More than 32,500 people signed a petition opposing it.

The outcome, after a three-year campaign, “marks a dark day for Irish biodiversity,” according to the Environmental Pillar, which represents environmental groups.

The Government Bill was voted through with the support of Fianna Fáil but a large number of amendments which would have resolved confusion over road safety concerns, “while also protecting our already stressed biodiversity” were rejected, the EP said.

Burning vegetation in March would critically endanger birds starting to breed at that time of year and will also impact bees that depend on gorse as a food source, the EP said.

While provisions in the Bill for roadside hedgecutting in August still require clarification, as it stands landowners will be allowed to self-define road safety issues as they deem fit, it added.

“This will result in severe consequences for late-nesting birds, such as the endangered yellowhammer, and pollinators who depend on hedgerows for food.”

Minister for Heritage Josepha Madigan said hedge-cutting would only be allowed on hedges facing roads, and a maximum of one year’s growth could be cut back. But the EP warned that the technical aspects of the Bill would be lost on the general public.

Green Party leader Eamon Ryan said if the Bill becomes law, the public, landowners and agricultural contractors would hear one message: “Hedgerows can be cut in August and the mountain tops can be burned in March.”

Both Ms Madigan and her predecessor Heather Humphreys cited road safety concerns as the reason behind the Bill and the need to fix a contradiction between the Road Act and the Wildlife Act, though the latter allows roadside hedge-cutting during the closed season on public health or safety grounds.

“It’s high time we placed a higher value on the amazing benefits nature brings. The Government should have abandoned their push for this regressive legislation a long time ago and taken note of warnings from conservation organisations,” he added.

The process had highlighted the influence of the farming lobby in the face of public opinion and indeed many farmers themselves. “Ironically this law will do nothing to improve farmers’ livelihoods or halt the decline in bird populations in upland areas,” he said.

“We hope our Senators will stand up alongside conservation experts and the public in support of our already fragile biodiversity and block the Bill ,” Mr Fogarty added.

Mr Ryan said the Bill was passed following an acrimonious debate. “We are weakening conservation rules when our natural world is on its knees. The anger on our side was because the Dáil was voting for a ‘Silent Spring’ Heritage Bill, he said - in reference to the seminal book by environmentalist Rachel Carson.

While the Government said the measures would be introduced on a pilot basis, and any burning will be properly controlled, lack of enforcement of existing environmental rules and the lack of monitoring resources were all too evident, he added.

“Fine Gael are lighting a tinder box without a care for how the sparks may fly.”

IFA National Hill Farming Committee chairman Flor McCarthy said, however, the Bill was “a more practical way of managing the Irish landscape” and called for its immediate implementation.

“Hill farmers need burning to be allowed during the month of March as this will lead to a better management of hill land and avoid abandonment,” he added.