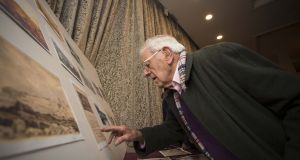 An Bord Pleanala has been criticised for approving a controversial harbour development despite recommendations from its own inspector not to do so.

Bartra Property received permission for a mixed scheme at Dalkey’s small, picturesque Bulloch Harbour this week after a protracted planning process lasting about two and a half years.

It received relentless public opposition due to the popularity of the site - a stone inlet on a rugged stretch of south Dublin coastline near Dalkey Island - and because of concerns over flooding.

However, critics have pointed to An Bord Pleanala’s internal inspector’s report which agreed with concerns over flooding and wave “over topping” at the harbour.

Although Bartra has allowed for some marine and waterfront related use, the inspector’s report considered its scale to be insufficient and that the proposed development would materially contravene zoning.

And it said it would be “seriously injurious to the special character and amenities of the harbour area” in design terms.

Given the opposition and reaction to this week’s decision, critics seized upon the content of the inspector’s report. Local TD Richard Boyd Barrett, a persistent opponent to the plans, said the decision was “bizarre and reckless” in overruling both the initial Dun Laoghaire Rathdown County Council refusal and the recommendations of its own inspector.

“Ignoring the expert advice which was provided to them is quite shocking and shows that they somehow feel above reproach,” Mr Boyd Barrett said.

“They must clarify the reason for their decision and I will be raising this with the Minister Eoghan Murphy in the Dáil so we can get to the bottom of this crazy decision that is goes against the wishes of the community around the public and historical amenity that is Bulloch Harbour.”

However, cases of An Bord Pleanala overturning internal recommendations are not unusual. Inspectors are appointed to case files by the board although its evaluation of documents in the file forms only one part of what the board ultimately considers.