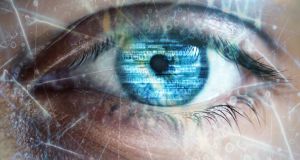 “The demand for data scientists and analysts is going to continue to grow.” Photograph: iStockphoto

The Stem sector remains one of the shining lights of Ireland’s economy. While there is certainly a growing need for graduates in Stem subjects (science, technology, engineering and maths) from a range of growth sectors across the economy, the rate of graduate output is not keeping pace with the rate of jobs being created.

The Government is making moves to ensure children today are being equipped with the skills they will need for the jobs of tomorrow. In fact it is so keen that the introduction of computer science to the Leaving Cert syllabus is set to be brought forward to September.

Children in primary school will learn coding along with “creative and computational thinking” under a revised maths curriculum, while there are plans to enhance Stem teaching and assessment practices in early-years settings.

We often hear of an increase in job opportunities for Stem graduates as the economy improves, but where are those jobs actually materialising?

Looking ahead to the near-term future there are many jobs being created in construction and other sectors which will require Stem-qualified people in the coming years.

The construction industry is expanding again due to the economic upturn, which is creating strong demand for architects, engineers, surveyors, managers and a whole range of other professionals – jobs which will require science skills.

One thing is certain, people with generic Stem skills will have few difficulties finding a job in the foreseeable future. While there will always be demand for people with science training, it is a narrow way to look at the area, according to James Milligan, IT director for Hays.

Stem graduates are qualified for just about any job – they are not pinned to that area or restricted to any job path because of what they have studied in college. There are plenty of opportunities for Stem graduates, and the research shows that not only are they paid more than graduates from other disciplines, but their starting salaries are also higher.

Stem graduates are also prepared for the jobs of the future and jobs which may not even exist yet, says Milligan.

“Jobs are being created at a faster level than we are producing people that are able to do those jobs, and that has been the trend for the past eight years, and it’s a trend I am continuing to foresee over the next five to 10 years.

“I can’t see a time in the immediate future where we are going to catch up with supply being able to meet demand for the skills we’re going to need in the Stem sector,” says Milligan.

“It’s good news for the Irish economy, and shows a restoration of confidence, but it presents some challenges as well. We need to create a pipeline of graduates from a job-creation perspective in order to plug these holes.”

Milligan cites engineering in particular where employers say they are struggling to find people with the right skills, as well as cyber security and data scientists.

“While you can get some people from the local jobs market, 50 per cent of software engineers we place are non-Irish nationals from the European Union, so we are importing skills in some areas.”

Milligan says due to the skills shortage, employers are going to have to be more open minded about the type of graduates or people they are willing to hire.

“One way of doing this is growing your own and trying to train and develop graduates from here who may not necessarily have the skillset but do have the competencies to do the job. You can develop those people inhouse and train and retain them.”

There are new and emerging routes into the sector, including the ICT associate professional programme which is co-ordinated by Fit (FastTrack to IT, an industry-led initiative that works with government departments and national education and training agencies.

He says there is an onus on employers to think outside the box and consider people who may not have studied traditional Stem subjects.

“There has been a lot in the media about retraining or upskilling after the recession. These are typically people who have done something non Stem-related and then go and do a conversion course. Most employers are still reticent to take on people who have retrained as there is still snobbery or certain associations about people who have moved from one profession to another, but as the skills shortage becomes acute as it is now they are well placed to take those jobs.

“There are some good examples of companies who have embraced those who have reskilled, such as Ericsson, but there are still many companies who want graduates with 2.1 degrees from those who [studied] Stem degrees, but they need to cast the net a bit wider.”

Milligan says employers need to be more open-minded about the people they hire. “From a recruitment perspective, it is worth taking people from arts programmes or languages as they have critical thinking skills.”

The Government’s technology skills action plan aims to make Ireland a global leader for technology talent and skills over the coming years. The target is to meet 74 per cent of forecast industry demand for high-level technology skills from the education system, up from the current level estimated at over 60 per cent.

“Fundamentally there is the pipe. If you look at all the five-year-olds in the country and then whittle them down into who goes on to do Stem-related degrees, then that is a much smaller pipe of potential employees.

“We have to look at the root causes of how we get more people into that pipe. So we either engage females in Stem at an earlier stage or give more opportunities to those from underprivileged backgrounds”

Milligan says it is not entirely the fault of employers, and graduates or students are “self-excluding” due to a lack of knowledge or fear of the industry.

“If your dad works for Microsoft and you’re looking for your transition year placement if it is easier to get that compared to if you go to Deis school. Sometimes it’s also a case of self-exclusion – some people will never pick a career in Stem as they are intimidated.

“There is a responsibility in schools to allow children to make their decisions not based on stereotypes of what the careers are like. We also have to give young people a chance to see what these careers are actually like, so you have a reference point and can say, ‘yes, this is something I can do’.

Looking ahead to where the jobs of the future will be, Milligan says data is one of the biggest growth areas in the Stem industry in Ireland that will employ people from both traditional Stem backgrounds and non-traditional backgrounds such as arts and humanities.

“The demand for data scientists and analysts is going to continue to grow as data is the new currency. We are seeing exponential growth in demand for those skills. We have seen with GDPR and data breaches there is all of this new data being created and hosted in data centres – we are going to see high demand for data security,” says Milligan.

“If you look at most organisations they are going through digital transformations and are trying to automate traditional tasks in order to be more efficient – we have seen this particularly in banking for instance.”

Milligan cautions that as the industry changes so rapidly, and skills become obsolete at a rapid rate, the skills needs of the sector are not just about science, tech, engineering and maths.

“Teamwork, project management, business savvy, good communication skills and the ability to embrace rapid change are important too. This is why companies will require non-Stem graduates.”

Has Christianity been good for us? It depends on your history book