Analysis: Students would require equal access to standardised facilities for a start 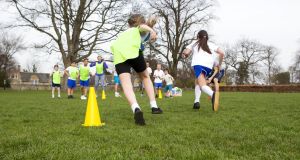 Plans to introduce physical education as a Leaving Cert subjects have been welcomed, but teachers say they raise more questions than answers. Photo: iStock

During his campaign to become Taoiseach, Leo Varadkar pledged to make physical education an exam subject option for the Leaving Cert.

If we’re to take him at his word, this is now firmly on the agenda.

The new Taoiseach has said the subject should include mix of physical challenges as well as the study of physiology, nutrition and the science around sport.

So far, the plan has drawn a warm welcome from many students and teachers. But it also raises more questions than answers.

How would schools have access to the same standard of facility? How would we ensure the subject is inclusive and students an equal chance to access it? And where would we find suitably-qualified teachers?

For now, people like Brendan O’Malley, president of the Physical Education Association of Ireland (PEAI), and a PE teacher in O’Fiach College in Dundalk, is very positive about the broad plan.

He says it will “finally allow students the opportunity to showcase their sporting ability, physical literacy, nutritional awareness, to name but a few. Their recognition by means of CAO points is a huge step in the right direction for physical education in Ireland.”

Fionn O’Shea, a DCU graduate of PE and biology who is currently teaching in Co Kildare, agrees that CAO points would give the subject greater standing within schools and among students .

At present, it is often see as a double-period “doss” break from French verbs, trigonometry or comparative essays. Or, worse, it is regarded as a waste of time that could be better spent on revising grade-based subjects.

Peter Beirne, who teaches at Oatlands College in Stillorgan in Dublin, believes PE would allow students showcase physical activity, abilities and interests for the first time.

“It will afford many students an opportunity to study in an area of interest to them,” he says. “Students will get an opportunity to delve into more advanced content and raise their education in various areas such as physical literacy, skill acquisition, nutrition, physiology and lifelong activity participation and promotion.”

Every school in the country, for example, would need the same facilities, the exact same timetable allocation, and the very same opportunity to excel as students in any other school.

Coláiste Naomh Eoin on Inis Meáin and St Michael’s in Dublin 4 would have to offer the same type of facilities if a PE exam is to be fair for students.

Woodwork rooms across the country are standardised, as are the majority of biology labs. But a student cannot perform on a piece of tarmac on a wet day when another student in another part of the country is taking his or her class in a state-of-the-art gymnasium.

The reality is that many schools currently struggle to develop and maintain adequate spaces in which students can be active.

Patrick McGovern, formerly a PE teacher in Salesian College, Celbridge, says there are so many different variables that must be taken into consideration before PE can become a realistic option for Leaving Cert students.

“Unless the Taoiseach invests multiple millions into the education system by upgrading facilities, up skilling teachers and investing in a syllabus that is going to be both practical and manageable, and that rewards pupils for excellence in performance as well as technical knowledge, then it is not going to happen.”

Previous governments have stated that they want to introduce PE as an exam subject in a bid to tackle obesity.

Recent research – including a study in The Lancet which revealed that Ireland is on course to be the most obese country in Europe in the next decade – has highlighted the extent of the obesity problem in Ireland. So, will an exam-orientated PE class help fight obesity rates in schools?

Hardly, say many. It’s more likely that those who excel in sport will opt for it as their elective subject.

A supply of suitably-qualified teachers is another issue that must be addressed before PE as an exam subject is even thought about.

A maths teacher who happens to be a footballer or hurler teaching a PE class would not suffice. Students would be at a disadvantage compared to teachers who have studied PE at DCU or University of Limerick and are steeped in the curriculum.

Against this backdrop, Leo Varadkar’s proposal for PE to become examinable seems aspirational at this juncture. There is much heavy-lifting to be done – theoretically and practically – in order to remove the barriers that stand in the way of its introduction.

Cynics might see the Taoiseach’s proposals as an eye-catching and image-enhancing idea that fits neatly with his profile as a young, fit minister-turned-Taoiseach.A more generous reading is that he, at least, has sparked a debate about how exactly we might make PE an examinable subject in the future.