Up to 1,000 school secretaries to stage work stoppage over ‘precarious’ conditions 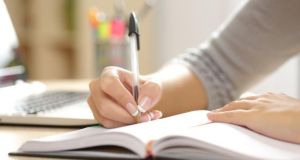 Hundreds of school secretaries are set to engage in a one-hour work stoppage today in protest over ‘precarious’ working conditions. Photograph: iStock

Hundreds of school secretaries are set to engage in a one-hour work stoppage today in protest over “precarious” working conditions.

Pupils and parents are unlikely to be affected, as teaching unions do not have a mandate to join in the industrial action, and classes are due to operate as normal.

However, the trade union Fórsa said secretaries would operate a “significant” work-to-rule following the protest. This will involve withdrawing from work on public service systems and databases.

It expects this action will cause significant disruption to the administration of the schools sector without affecting students or parents.

Up to 1,000 school secretaries are due to take part in the work stoppage and demonstrations are due outside an estimated 250 schools.

Fórsa says a two-tier pay system means most school secretaries earn just €12,500 a year and have short-term contracts which require them to sign on during the summer holidays and other school breaks. Talks between the union and the Department of Education aimed at addressing the dispute over the pay issues ended unsuccessfully on Wednesday.

Fórsa said there had been no breakthrough on any of the issues in the dispute during a meeting with department officials.

The department said industrial action is “premature and unwarranted” and has urged the union to reconsider its plans.

The union says a minority of school secretaries are directly employed by the department and have public service employment status.

However, it says the majority have been hired by school management boards which determined their pay and conditions.

A spokesman for the department said it had to establish the full cost of the trade union’s claim for public service pay scales, year-round working patterns and access to a public service pension scheme for secretaries and caretakers who were employed directly by schools, and whose salaries were funded from grants.

The department said that because it was not the employer of these staff, a survey was put in place to run until September 20th to gather related information that was as accurate as possible.

The department said at the talks with the union on Wednesday that the union’s claim would be fully considered once costings had been determined.

Fórsa’s head of education Andy Pike said the department “didn’t offer any credible proposals to end the pay injustice facing most of the country’s school secretaries.

“The two-tier low-pay regime for school secretaries has been in force for more than four decades. In that time we’ve seen little if any serious engagement from the Department of Education. This meeting [on Wednesday] failed to deliver any progress whatsoever.”