Parents finding it ‘impossible’ to opt children out of religion education 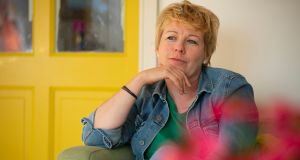 Ciara Roosli, Tramore, Co Waterford, says she has difficulties opting her child out of religious education. ‘I can’t continue to take him out of the school. I run a business.’ Photograph: Patrick Browne

Many parents are finding it “impossible” to opt-out their children from religion classes despite their legal right to do so, according to campaigners.

Under both the Constitution and the Education Act (1998), parents have a right to have their children opt out of religion classes if they wish.

A spokesman for the Department of Education confirmed this was the case and said practical arrangements to accommodate children whose parents have chosen this option is a matter for each individual school.

However, the campaign group Atheist Ireland claims it is aware of dozens of cases where parents have been told the subject is a core subject and the right to opt-out should not arise. “It’s like the public services card – it’s mandatory, but not compulsory,” said Jane Donnelly of Atheist Ireland.

“If you do manage to opt your child out, they’re given no other subject and you’re asked why do you want to do this. Parents are questioned as to their reason. It’s like a form of coercion.”

Ciara Roosli from Tramore, Co Waterford, said she requested in writing on two occasions that her son be exempt from religion at Ardscoil na Mara.

However, she says she was told verbally that religion was compulsory at the school and the only solution was to remove him from the premises or to go to another school. There is no other secondary school in the town.

“I had to go and take my child out of the school during religion class as I’ve been told that he has no choice but to take the subject,” she said.

“I fully respect the school and its ethos. But pupils should not have to relinquish their human and constitutional rights.

“I can’t continue to take him out of the school. I run a business. I can’t do that three times a week.”

Ardscoil na Mara’s religious policy describes the school as being “immersed in the Edmund Rice (ERST) and the Religious Sisters of Charity traditions” and being “committed to developing the full potential of each student, within a welcoming Christian atmosphere”.

It says its official policy is that religious education is regarded as “an integral part of our programme and a very important subject throughout school”.

The policy adds that it respects the rights of parents who require that their child be excluded from religious education.

One option is that a parent should remove their child from the school premises for the duration of religious education.

Another option, according to its policy, is staying within the classroom following an “educationally appropriate activity” but cannot include study or homework.

The school principal, Pádraig Cawley, declined to comment on the individual case, but said the school promoted inclusivity and was always available to meet with parents to resolve any issues.

He said the school policy on religious education was being reviewed and updated to reflect the new Junior Cycle specification for religion. This new religion course, which teaches about religions and beliefs, is not regarded as faith formation.

According to the department, this subject is concerned with “understanding religion as a phenomenon in the world and are designed to be studied by students of all religious faiths and of none”. However, groups such as Atheist Ireland claim it “disrespects” the rights of parents who seek secular education for their children based on human rights.

Principals in a number of Catholic schools insist they are highly inclusive and seek to integrate students from all faith traditions and none.

They have pointed to ESRI and Department of Education inspectors’ reports, which have found an “ overwhelming majority of parents and students find their schools to be well-managed and welcoming”.