Universities to lose funding if more women not promoted 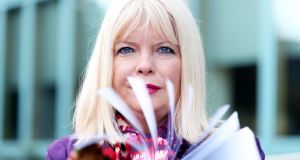 Mary Mitchell O’Connor: ‘We need to send a message loud and clear to the institutions’. Photograph: Jason Clarke

Third level colleges have been warned they will lose access to funding if they fail to promote more women to senior grades in colleges.

Mary Mitchell O’Connor, Minister of State for Higher Education, said there was “nowhere to hide” for colleges involved in gender discrimination.

Latest figures show women are significantly under-represented in the senior ranks of most of the State’s colleges and universities.

While just over half of all of lecturers in universities are female, these numbers fall dramatically at higher grades such as associate professor (29 per cent) and professor (21 per cent).

There has never been a female president since the establishment of the first Irish university about 425 years ago.

“We need to send a message loud and clear to the institutions. There is nowhere to hide now. We want to see results. And there will be penalties,” she told The Irish Times.

Ms Mitchell O’Connor is set to launch a new gender taskforce on Monday aimed at overseeing recruitment and promotion policies in higher education.

This follows the publication last year of an expert group report on gender inequality in higher education institutions.

This made a series of recommendations, such as mandatory quotas for academic promotion and penalties for those who fail to introduce such measures.

In addition, she said State funding will be linked to institutions’ performance and will be withheld if they fail to meet agreed targets.

She said the fact that women were not found in the same proportion as men in the most senior positions was “not because women are not talented or driven enough to fill these roles”.

Ms Mitchell O’Connor said numerous factors within institutions – conscious and unconscious, cultural and structural – meant women faced a number of barriers to progression which were not experienced to the same degree by men.

“If you just look at the past 425 years, there has never been a female president of a university,” she said.

“It is hugely important that woman are represented in the top tiers of third level institutions. We make up 50 per cent of the population. Young women are going into college, getting high points, so why are so few reaching professorships?

“The argument around life cycle issues - such as having children - doesn’t stand up. That’ s not an excuse. This is fair and square discrimination.

“ What kind of message are we giving to young girls? They need to see role models in third level education.”