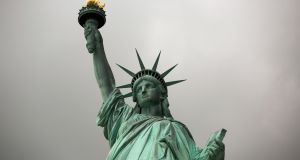 Schools have been urged to limit the costs of tours for their pupils following concerns that some parents are being asked to pay up to €1,800 for trips abroad.

Travel firms say there has been an increase in the number of schools bringing their students overseas, with skiing trips to northern Italy proving especially popular this academic year. Some schools are opting for more exotic destinations such as New York, a destination which has not been a regular one for student groups since the days of the economic boom.

Parents who spoke with The Irish Times complained they felt under pressure to pay hefty fees for skiing tours or trips to amusement parks which often have little educational value. While school tours are optional, many parents say they feel pestered into paying for trips they can ill-afford.

It is estimated that at least four out of five secondary schools are now organising tours abroad, mostly for junior cycle and transition year students. A small number of primary schools have also begun to organise overseas tours in recent times.

One parent said his daughter was reduced to tears after he was unable to pay €1,600 for a skiing trip to the Swiss Alps as the family could not afford it. He also questioned the educational value of such a trip.

“We work hard to do our very best for the kids, but when they come home in tears because their friends are all going abroad, it’s soul-destroying,” said Michael O’Brien, a parent from Co Wicklow.

Ross McMahon, of the National Parents’ Council (post-primary), said no student or family should be placed in a position where they are excluded by reason of cost.

“School trips can be useful in an educational context and in team-building,” he said. “They should be inclusive and proportional in spend. Their educational value and content should be defined in advance.”

A spokeswoman for the Department of Education said that while educational tours are a matter for individual schools, they should be in accordance with circulars or official guidance.

These state that an educational tour “should provide a significant benefit in the educational, intellectual, cultural and social development of pupils taking part”.

The department’s circulars also provide that the full cost of the tours should be communicated to parents at the planning stage, while parents should have a voice in ensuring costs are kept to a minimum.

Prices, she said, tend to vary significantly depending on the time of year, flight availability and the type of accommodation used by schools.

Skiing in northern Italy and Andorra is one of the most popular destinations this academic year, with most trips costing between €600 and €1,000.

Far-flung destinations such as Vietnam and China are beginning to reappear on the itineraries of a very small number of schools as the economy recovers.

“These are once-in-a-lifetime types of trips and might be planned three years in advance. There’s the option for parents to pay in instalments, such as €10 or €20 a week. That’s not unusual,” she said.

Trips typically include six nights on the slopes, with five days of skiing lessons and equipment hire, along with comprehensive insurance.

Typical trips involve two nights in each location, with visits to the Colosseum and the Vatican, as well as Pompeii, Vesuvius and the island of Capri.

Trips tend to include visits to major sights – such as La Sagrada Familia, Barrio Gotico and the Ramblas – along with excursions to Montserrat, Figueres and PortAventura.

One of the most popular destinations this year. Most trips involve staying at Lake Garda, with excursions to Venice, Juliet’s house in Verona and the Sea-Life Aquarium near Lake Garda.

Tours include visits to Empire State Building and Statue of Liberty, as well as museums such as the Guggenheim and Moma. Most also include shopping trips to Woodsbury Common or Jersey Gardens. Cost can vary depending on accommodation.