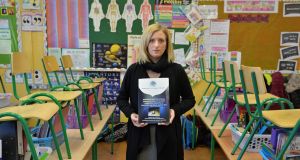 Hundreds of primary school principals have pledged not to engage with Department of Education initiatives or training days in protest over “unsustainable” workloads.

They have also pledged to cease co-operating with universities or colleges who arrange placements for trainee teachers.

The National Principals’ Forum, a grassroots lobby group that mainly represents principals who also work as teachers in smaller schools, said it has been lobbying unsuccessfully for changes to help sustain their roles as school leaders for too long.

At a meeting in recent days, the forum heard that schools were facing a “serious leadership crisis” following the resignation of primary school principals on grounds such as stress or ill-health.

A survey of its members has found that 68 per cent of current primary principal teachers have considered stepping down from their role due to growing pressures.

It found that between 62 and 91 per cent of principals, across all school sizes, reported working an additional 20-30 hours per week outside of school hours.

In many cases, it said, the principals’ allowance equates to as little as €14.14 per day after-tax in addition to their teaching salary, which is calculated on the number of years they have worked as teacher.

The forum is seeking one “release day”per week for all teaching principals, along with a “fair and sustainable workload” within the working time limit of 48 hours per week.

It also wants a review of the role of the principal teacher, which it says has not been defined “in any meaningful way” since the 1970s.

The forum agreed at the meeting that unless the needs of school leaders are addressed, principals will no longer engage with a range of initiatives.

It insists these measures do not amount to industrial action they only relate to  non-legislative moves.

They have pledged to cease attend training days, seminars and conferences which do not provide for substitute cover for their class in their absence.

Perhaps the most controversial move relates to not facilitating the placement of trainee teachers in schools.

It has also pointed to other steps such as the introduction of a new postgraduate diploma in school leadership, and an additional 3,000 middle-management posts in schools.

However, a spokeswoman for the forum said these measures did not go far enough.

“The job is not only unsustainable, but has become a deeply onerous and very poorly remunerated position that is not attracting many applicants,” said the spokeswoman.

“We are being straitjacketed by bureaucracy; our leadership skills, health, morale and potential being eroded by a never-ending stream of compliance and initiatives, without the necessary supports and resources to implement them in a meaningful or efficient way. This is serving no one – least of all our pupils.”