My school says my complaints about a teacher are groundless

Ask Brian: There are a number of options available once you’ve exhausted all avenues in school 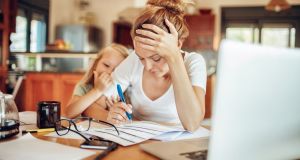 Parents may make complaints over teachers to the Teaching Council, the Department of Education or the Ombudsman for Education. Photo: iStock

Question: My daughter is nine and has become anxious in class. I’m convinced it relates to her treatment by a “difficult” teacher. Other parents are also concerned. I’ve complained to the principal and board of management, who say my concerns are “unsubstantiated”. What are my options?

Answer: Schools use a five-stage process for dealing with complaints by parents in relation to teachers. I dealt with these in a column earlier this year. If you have exhausted these , you still have a number of options.

If the case relates to an issue of child protection, you an bring a case to the attention of the Ombudsman for Children. It deals with procedures that have been carried out in the protection of children, and they can do so in the cases of children in full-time education.

Its remit is to examine the procedures undertaken by the school in dealing with the complaint and the way in which the case was dealt with. If they find that the correct procedures were not carried out by the school, they will examine what effect this failure had on the child.

It may identify what went wrong and can recommend and advise what corrective action should be put in place, both for the child concerned and as a matter of general policy.

In the case of the issue relating to the exclusion of a child from a school or a refusal to enrol, the parent can appeal the case to the Department of Education under Section 29 of the Education Act 1998.

The Minister will normally appoint a three-person committee to hear the case, one of whom will be a member of his inspectorate.

Appeals are dealt with within 30 days of the date of receipt of the appeal, unless the department consents in writing to extend this period by not more than 14 days.

If the appeals committee upholds a complaint in whole or in part, it will make recommendations to the department as to the action to be taken.

Its investigations committee will consider the complaint and will investigate it, provided the issue relates to the teachers fitness to teach, the schools disciplinary procedures under section 24 of the Education Act 1998 have been fully exhausted, and the events giving rise to the complaint took place after the commencement of part five of the Teaching Council Act in July 2016.

Having considered the evidence the committee is only entitled to proceed where they believe that: the conduct complained of is conduct that, if proven, would have constituted a criminal offence at the time it occurred and is of such a nature as to reasonably give rise to a bona fide concern that a child may be physically, sexually, or emotionally exploited or abused.

The decision of the investigating committee is final and it is not possible to appeal it.