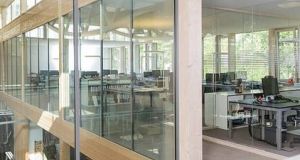 A study into the implications of longer working lives says employers will need to invest in redesigning offices or factory floors to allow older workers to thrive for longer. Photograph: Getty Images

Irish employers will need to make their workplaces more “age-friendly” to accommodate greater numbers of workers aged over 65 , according to new research.

Latest census data show the over-65s are the fastest growing population segment in Ireland, and this increase in the older population is a trend projected to continue.

Moves towards increasing the State pension age and the removal of mandatory retirement mean the age-profile of the workforce is likely to increase significantly.

A study into the implications of longer working lives says employers will need to invest in redesigning offices or factory floors to allow older workers to thrive for longer.

The report gives the example of a BMW plant in Germany, which noted a decline in productivity at the plant where there was a higher number of older workers.

Employers introduced physical changes to reduce wear and tear on workers’ bodies, such as magnifying lenses to reduce eye strain, weight-adapted footwear and special chairs and tables which adapted to each worker’s height. In addition, a physiotherapist developed strength and stretching exercises for the workers.

The changes led to a 7 per cent increase in productivity, and lower levels of absenteeism.

The report also highlights the need for more access to lifelong education given the rapid pace of change in the nature of work.

“The only certainty is that working life in the future will require adaptability, flexibility and the continuous acquisition of new skills,”says the report.

“While for many individuals this may mean self-employment, for employers [public as well as private] this points to the creation of workplaces where lifelong learning is supported for all employees as critical.”

Ireland, however, has a relatively poor track record of adult participation in lifelong learning, with rates of participation below the EU average and declining with age.

This, the report says, would benefit the over-50s in particular by giving them the necessary education and training to maintain and enhance skills and knowledge to help equip them for longer working.

The report also addresses “misconceptions” about older workers, such as that they are unwilling to engage in education and training.

Research indicates that older workers were found to be as likely to succeed in education and training as younger colleagues.

It also cites a study which indicates that older workers appear to perform as well as younger colleagues, subject to good health and updated skills.

“Evidently a balance needs to be found between, on the one hand, recognising the functional capacities of older workers and, on the other, providing relevant support to ensure optimal performance,” says the report.

The issue of performance management can arise as an area of concern for employers in connection with longer working.

For example, many employers were found to be concerned about the possibility of increased incidences of exits on the grounds of diminished capability.

However, research indicates that far fewer employers reported such an increase in practice.

Various studies and experts recommend regular assessment of the age profile of the workforce as an important step in creating an age-inclusive culture.

workplace is the retention and sharing of the organisational wisdom.

There is also a potential positive impact on older employees’ self-esteem when taking on mentoring roles, as well as benefits to younger workers.

The report was authored by Prof Maria Slowey, director of the higher education research centre at DCU, and Tanya Zubrzycki, a researcher at the centre.