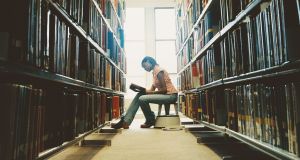 A spokeswoman for the Department said a revised national annual graduate outcomes survey is being drafted, which is due to be in place by next year.

A review into the quality of higher education following concerns over the impact of falling investment and rising student numbers will be carried out by the Government.

Universities and institutes of technology have expanded to accommodate an additional 15,000 students in the space of just three years.

However, there is mounting concern within the sector over growing class sizes, reduced access to one-on-one tuition and lecturers’ ability to identify and support at-risk students.

The issue is highly sensitive, however, given the need to market Irish universities as a high-quality third-level destination for lucrative international students.

A spokeswoman for Minister for Education Richard Bruton said the standard of education experienced by students depended highly on the quality of the workforce and the systems in place to support evaluation.

She confirmed that a consultation paper on the matter is being prepared. This will feed into a review of issues relating to quality in universities and institutes of technology.

The Higher Education Authority warned earlier this year that the quality of graduates from Irish third-level institutions was at risk following a sharp fall in public funding and rising students numbers.

In its annual performance report, it noted that staff-student ratios had deteriorated significantly, rising from about 1:16 to 1:20, significantly above the average for developed countries.

“It is reasonable to conclude that the departure of the staff-student ratio from stable international norms will impact the quality of the student experiences,” the report stated.

It also noted concerns over high levels of student drop-out in some courses with relatively low entry requirements, which were academically demanding.

These overall findings echoed the conclusions of an expert group which compiled a major report into the future funding of higher education last year.

“This is impacting on teachers’ abilities to identify and support at-risk students,” the Cassells report found.

While measuring the impact of falling investment on staffing levels is straightforward, it is much more difficult to quantify teaching quality.

A spokeswoman for the Department said a revised national annual graduate outcomes survey is being drafted, which is due to be in place by next year.

Another possibility which policy-makers in Ireland are likely to consider is a UK-style “teaching excellence framework” to measure teaching quality.

It uses a range of different metrics – such as students’ satisfaction, dropout rates, quality of learning environment and graduate outcomes – to compile a “gold, silver and bronze” league table.

The measure has proved controversial with some critics arguing that it is wrong to try to evaluate something as complex as teaching.

The debate over teaching quality takes place against a backdrop where State funding for higher education has fallen by about a third over the past decade.

While pay cuts and a rise in the student contribution charge to €3,000 has helped offset the reduction, an increase in student numbers means colleges are surviving on much-reduced core funding.

The issue is most acute among institutes of technology , which are legally prohibited from borrowing, with concerns over the viability of up to six colleges due to dwindling cash reserves or deficits.

The Government is hoping to raise an additional €200 million for the further and higher education sectors over the next three years through increases in employers’ PRSI to the national training fund.

Technical work is being undertaken by officials on an income contingent loan scheme for students.

Officially, the Government is waiting on the outcome of an Oireachtas committee on education to determine if there is political support for such a move.