Changes to SNA supports may be ‘Trojan horse’ for cuts, say school campaigners 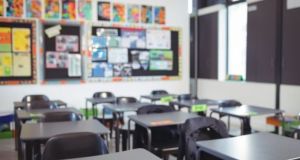 The Department of Education is planning to automatically ‘frontload’ more than 10,000 SNAs to mainstream schools in advance of the new school year in September. Photograph: iStock

Planned changes to the way special needs assistants (SNAs) are allocated to support tens of thousands of schoolchildren could be a “Trojan horse” for cuts, campaigners say.

The Department of Education is planning to automatically “frontload” more than 10,000 SNAs to mainstream schools in advance of the new school year in September.

It says the move means parents will no longer need to pay for a diagnosis of a disability or make a formal application in order to access support. Instead, schools will decide on allocations for children.

The changes come at a time when the Department of Public Expenditure has been sounding alarm over the €500 million cost of the scheme, which has jumped by 50 per cent since 2011.

Department of Education briefings with education partners in recent weeks have sparked fresh concern that students’ access to SNA support will be at risk of being cut in the future.

In a submission to the department, the autism charity AsIAm has called for the the new allocation model to be halted for at least 12 months to ensure the system is implemented in a “fair, transparent and equitable” way.

Schools, management bodies and teacher and SNA representative organisations have also been forthright about the “rushed” nature of the changes in recent submissions to the department.

Over the weekend, Fianna Fáil and Sinn Féin called for the changes to be postponed.

Thomas Byrne TD, Fianna Fail’s education spokesman, said the pause was needed to ensure there was greater certainty for parents, children and schools.

Sinn Féin’s education spokesman Donnchadh Ó Laoghaire TD said his party “wholeheartedly agrees” with the calls for the process to be halted.

When asked if it would consider delaying the rollout of the new model, the Department of Education did not address the question in its response.

It said it held a consultation with education partners in early February and was engaging in a number of follow-up meetings with individual management and staff representative bodies.

“Management bodies have been informed that no school will see a reduction in their allocation in September 2020,” it said,

However, Adam Harris, chief executive of AsIAm, said department pledges made two years ago to provide detailed consultation and new supports had come to nothing.

“None of this has been delivered upon and we cannot ask families to take a leap into the dark and trust the department when so frequently promised resources haven’t been provided and families have been ignored,” he said.

“We believe the department’s plan to rush the implementation of the new allocation model is a potential Trojan horse for cuts to supports for students into the future.”

He said he voiced concerns to authorities two years ago that the needs of students with autism were being overlooked in the proposals and that families would not have enough voice in the system.

“I was assured that further consultation and planning would allay my concerns but two years on I am more concerned than ever particularly because the department is now cherry-picking the aspects of the model it likes, whilst delaying the implementation of the really important new supports which were to accompany it,” he said.

The department, in a statement, insisted the new model will benefit children by ensuring SNAs will be available in schools before children begin school.

“It will provide a fairer, more equitable and needs-based system based on a schools’ education profile, an approach schools are already familiar with under the reformed special education teacher model successfully introduced nationally in 2017,” it said.