The difference between Irish and American debaters 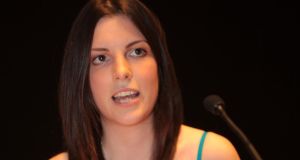 We’re in a tiny basement in Lubbock, Texas. The walls are lined with more than 30 rifles and their owner – a grizzly local called Randy Scott Free – is handing around bullets he’s made himself, right there in the basement. The rifles are for hunting, he explains. But he always keeps a handgun by the front door and another under the seat of his car, “because there are a lot of crazy people out there”.

We are three Irish university debaters, not known for staying quiet in any situation. We’d quite happily have argued for stronger gun control in front of an audience of hundreds. But just now, we’re a bit hungover and a bit out of our depth. I mumble that the bullets are “yeah, really nice” and shuffle towards the door.

Two months earlier, Niall Sherry, Sean O’Quigley and I had won the Irish Times Debate. Like every set of winners since 1980, we were invited on a three-week debate tour of the United States. It’s one of the best prizes on offer in university debating anywhere in the world.

The destinations change from year to year. In 2010 we hit Lubbock, Denver, New York and Miami. This year’s winners will see Tennessee, Miami, Washington State, LA, Denver and Chicago.

We have at least one debate in every city, including a showcase at one of the country’s biggest national tournaments, against three of the best speakers competing.

The American debaters are phenomenally intense. They’ve been trained in a style that promotes a ruthless logic almost completely removed from real life. The goal of any speech is to prove that your opponents’ arguments – on any topic – will ultimately lead to human extinction. And they speak unimaginably fast, sucking in huge gasping breaths every hundred words or so. If you combined chess, online conspiracy forums, and free diving, you’d end up with something a bit like a debate at NPDA nationals.

It’s a long way from the emotion, humour and audience engagement of Irish debating at its best. And part of the motivation for the tour is to inject a little of this Irish style into the American circuit.

We bring a lot of enthusiasm to the task, a little too much if anything. In our showcase debate, we’re told we have a few moments for opening remarks before the clock starts on our seven-minute speeches. As the final speaker Sean delivers seven minutes of wall-to-wall jokes – then turns to the timekeeper and asks him to start the clock.

Debating aside, those three weeks were an extraordinary experience of American hospitality, and an insight into the immensity of American university budgets.

We ski in the Rockies, jet-ski in the Florida Keys, see a Broadway musical and Denver’s best cabaret. We play basketball in a 6,000-seater arena (thankfully empty) and beer pong at a house party thrown in our honour. In destinations where there isn’t much in the way of entertainment, we get crash courses in local culture, which is how we end up in Randy Scott Free’s basement.

In hindsight, some of this feels almost uncomfortably extravagant. University debating on both sides of the Atlantic has always been overwhelmingly middle class and white, and disproportionately male. So for most Irish Times winners – including me - the tour is a privilege built on privilege. When it comes to making debating more inclusive, we still have a long way to go.

But the work is worth doing. Because Ireland’s debating tradition has never existed in a vacuum. Over hundreds of years, our goal has been to shape more reflective and engaged citizens, to reach across barriers and borders through argument, and to tell some good jokes along the way.

At heart, that’s what the Irish Times Debate and the winners’ tour are all about. And in the face of weakening democracy, climate crisis and gaping inequality, we need a diverse, internationalist, radical debating tradition more than ever.