Cancelled exams: ‘I got so annoyed and frustrated that I started crying’ 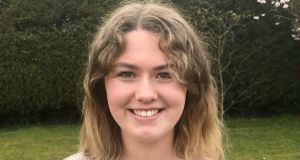 Ellen Kenny, Longford: ‘I think cancelling the orals was the best option in this strange situation.’

“I think cancelling the orals was the best option in this strange situation. It takes off some of the pressure and uncertainty for students, teachers and the Government as we all still figure out how to find our feet.

“It’s an unorthodox solution but we’re pretty much stuck in unorthodox times. My only concern is what the effects of this will be for future exams. People I’ve spoken to are worried what this means for the written part of the exams, whether they’ll be harder, if they go ahead at all.

“There’s a general lack of motivation among students these days, since we’re not even sure if the work we do is going towards anything. I definitely think cancelling the oral is a small necessary relief, and the full focus should be on people’s health, but the department needs to answer some more questions before we have true peace of mind and find some focus ourselves.”

“The cancellation of the oral and practical exams was music to my ears, but there is an inner part of me that is slightly disappointed.

“I won’t get to do my French and Irish oral or my music practical, which is worth 50 per cent of my overall grade, that I have been working on for two years. But I do think it is a good, manageable solution to a very complicated issue.

“A lot of my friends have this same feeling, a sense of vexation for those of us who worked towards something and put in a lot of hard work and those who didn’t put in any work will all get the same mark. It is not ideal nor is it a perfect solution, but there is no perfect solution and sacrifices have to be made.

“We are in uncharted territory and unprecedented times, and although the Leaving Cert is extremely important, things like making sure there is enough food, care and medication are vital. It is important that we realise that our health and wellbeing is being put first by this decision, we no longer need to stress about when and where these exams will take place and we can go ahead and focus on our written exams.”

“I think this is a really positive development, considering the circumstances we’re in. It’s not perfect, but there is no perfect solution here.

“It’s clear the Minister has put student welfare first, which is definitely a good thing. I think it’s fair too – people have spent months studying material for the oral exams so it would be completely unfair to leave it out completely. However, I do understand why some people find the situation annoying after spending so much time on this part of the course. “rI feel a great sense of relief now. It’s what I needed after a few days of huge uncertainty. However, there are still a lot of questions that still need to be addressed about the written exams in June. I’m also wondering about how this will affect the CAO points race and bell curve, considering everyone will pass Irish and get more points. I suppose I’ll have to wait and see!”

“I don’t know if it’s necessarily the right thing or the best thing to do, but I also don’t think having an oral exam over Skype or something like that would have worked.

“I would have been looking for nearly 100 per cent in them because I’m looking for H1s in languages. I’m wondering where it leaves me because I need my written papers to be nearly perfect now.

“Obviously I don’t think anyone is undeserving of it because we’re all in the same situation here. We’re all stuck at home, being almost home schooled so the stress of that alone allows everyone to kind of be deserving of it.

“It is frustrating in a way because I know I put everything into it. You’ve put loads of effort into something and the person beside you put no effort in but you come out with the same results, it can be a little bit demeaning, almost.”

“Initially, I was really, really annoyed. I got so annoyed and frustrated to the point that I started crying.

“It just really annoyed me because I think it’s really unfair on the people who worked everyday to do well in an exam, to just be handed 100 per cent in an exam. It’s almost degrading to their character.

“There are people who I know wouldn’t put in as much work and they’ll just get 100 per cent and it’s just a bit unfair.

“I just think that most of the people who are happy out with it are happy because they wouldn’t have done as well and now they’re flying.

“I’ve been to the Gaeltacht five times, I worked there last summer. I would have done well in the spoken exams but I’m actually not so good at writing it. I’m better at hearing it than seeing it.

“I want to teach primary school children and a H4 is required in Irish for that course. The way the points system works is whoever gets the higher points gets into the course. Now, for me going in, I could potentially lose a place on my course because someone who wouldn’t have gotten a H4 on the day would now be able to.”

“It does feel unfair. I’ve worked hard for my Irish and French orals. I don’t see why there couldn’t have been an alternative like doing them by video chat or even predicted grades, based on work students have done so far.

“It means that people who didn’t do much work will get 100 per cent, whereas those of us who have worked very hard won’t get recognised for it. Personally, the orals were going to be my strong point. My fear now is that the written exams will be marked harder to compensate for giving students full marks in the oral component.

“The uncertainty about the exams is a big challenge. It can feel demotivating, not knowing when or if there will be exams at the end of the day. It is also challenging learning online. In a classroom, you have the benefit of a teacher explaining things. But, inevitably, it’s not the same online.”

“It’s a bitter-sweet feeling. I was initially relieved that we didn’t have to go through the orals and practicals. I was due to do music, Irish and German, so I was among those most affected. So, it’s nice not to have to face that stress.

“But when I started talking to my friends, I realised that if all of us get 100 per cent, it’s practically the same as getting 0 per cent. We’re all chasing the highest points we can get. And higher grades will drive the points up.

“Then again, this is an unprecedented situation. If we need to take extreme measures to help protect people’s health, then we need to take these steps. There is a pandemic and it’s not worth putting students and examiners’ health at risk. However, it does still feel like a lot of work has gone down the drain and our efforts have been wasted. It will be hard to motivate myself to keep going with all the uncertainty over everything.”

“I suppose it’s the right decision because we’re going to be out of school for a good while. We’ve missed a lot of classes and a lot of opportunities to learn all the things we hadn’t done before we left.

“It was either that or possibly having to repeat again next year because you got a low result, which most of us don’t want to do.

“I’m both annoyed and happy about it. I’d like to see how I would have got on in it but it’s handy that it’s over already, because it means I don’t have to go in and spend however many hours there.

“I think it is a lot of time wasted. A lot of us have spent a lot of hours revising stuff for orals and that has pretty much been a waste of time.

“Everyone has passed, so I’m sure they will be happy to know they’ve passed but it’s a bit frustrating when you spend all that time working on it.

“I suppose it has lessened my stress in some ways. A lot of us were really worried about projects we had to get done as well.

“I’m looking forward to getting the rest of them done now. I just want to get in and get them over with so we can all move on.”

“It’s a good thing - it takes pressure off students. Yes, many of us have the work done and will feel upset about the exams being cancelled, but we’re all in the same boat.

“I think those people who put the extra work in will still be able to use it in the written exam.

“It’s been an extra anxious time not being in school and not knowing if the exams will go ahead. With some subjects, we’re under pressure to finish the curriculum.

“Learning online isn’t the same as being in class. You don’t have a timetable and it can be difficult to get up in the morning and keep motivated. My only hope now is that we do get to sit the exams in summer.”