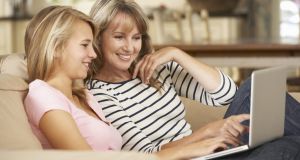 Transition year can be of immense benefit to students’ growth and development. Photo: iStock

QUESTION: I’m from Canada where we always advised that gap years prior to college were a terrible idea. My daughter is now about to go into transition year. I’m worried it will disrupt her education. Can, or should, she skip it?

Answer: As an educator for over 40 years – half of them lived in a post-transition year world – I am totally convinced that transition year is of immense benefit to students’ long-term growth and development.

As Howard Gardner has identified, there are seven distinct intelligences. Accordingly, we are all able to know the world through language, logical-mathematical analysis, spatial representation, musical thinking, the use of the body to solve problems or to make things, an understanding of other individuals, and an understanding of ourselves.

According to Gardner, where individuals differ is in the strength of these intelligences – the so-called profile of intelligences – and in the ways in which such intelligences are invoked and combined to carry out different tasks, solve diverse problems and progress in various domains.

As institutions, schools tend to ignore, or do not affirm, the other five intelligences by the very nature of classroom-based learning.

Transition year programmes – when they are designed well – bring all seven intelligences into the life experience of students, and allow them to discover the complexity of their true nature.

It was first introduced in a small number of schools in the mid-1970s, though most politely ignored the idea. These days it is firmly embedded in the system. Official guidelines emphasise that the programme should emphasise “education for maturity”, such a social awareness , self-directed learning and work experience. Schools have a wide degree of freedom in how they interpret these guidelines.

It is one of the major innovations in Irish education and a sign of its success is that policy-makers in top-performing jurisdictions, such as South Korea or Singapore, are now piloting or introducing similar initiatives to try to ease pressure on students or promote wellbeing.

In Ireland, after their transition year experience, students return to the two-year Leaving Cert programme with a maturity and self-awareness. It enables them to see the exams for what they are: a 64-week academic interlude until they must chart a life journey through further or higher education or employment.

It has been my experience as an educator that children become adults during transition year.

This realisation enables them to see that, although the world of the Leaving Cert is centred on language and logical-mathematical analysis, the options open to them after school are a mirror image of many of the experiences that transition year gave them.