Academics are in the crosshairs of the populists

Opinion: Higher education must engage with populism and its root causes 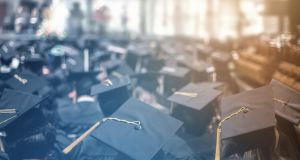 Academics should be wary of dismissing people who hold “backward” views as being irredeemably ignorant. Photograph: iStock

What could be the connection between a pub in rural Galway, populism and higher education? First the pub. On a recent evening I enjoyed a conversation there with five local farmers - men in their 60s. The recent legislation relating to drink and drive was a hot topic.

The prevailing view was that the legislation was yet another nail in the coffin of the local pub, a defining characteristic of Irish country life and central to their main, sometime only, social outlet.

There was a clear sense that the political system neither understood nor cared and had made no concession to their circumstances.

In the circumstances, it is hardly surprising that a politician who speaks to, or plays on, their concerns will get a listening ear, and all too often a vote.

Our recent presidential election serves as a vivid demonstration. And yes, the Traveller community was another topic of conversation in the pub.

In a recent policy paper (Maximising universities’ civic engagement) for the Wales Centre for Public Policy, Professors Goddard and Hazelkorn identified this breakdown in trust as an international phenomenon.

They cited, among other authorities, a survey by Edelman Intelligence that shows Europe and the US facing a “collapse in trust in institutions” (government, media, business and NGOs) while a 2018 Gallup survey finds a significant decline in trust in American higher education since 2015.

In many countries there is a thirst to pull down the “establishment” or the “elites”. Enter the populists, claiming that they speak for the “ordinary” people who are forgotten by an arrogant “establishment”.

Populists dismiss facts and evidence - a situation so well exemplified during the Brexit campaign by Michael’s Gove’s remark: “We have had enough of experts”.

Academics you can be sure are in the crosshairs of the populists. The undermining of public trust in higher education and in its mission to promote knowledge, is a clear tactic of populism which feeds on prejudice and evidence-free assertion - a condition described by the writer and academic Ruth Woddock as “the arrogance of ignorance”.

But let academics, and others with high levels of education, be wary of what could be termed the arrogance of knowledge - a dismissal of people who hold “backward” views as being irredeemably ignorant.

If our societies are to engage effectively with those who hold these fears, help allay them and wean them away from the demagogues, then we must, as a first step, acknowledge that their concerns are often objectively real and well founded and even when they are not, they are real to the people who hold them.

Failure to acknowledge this, to make the effort to understand their circumstances and to seek solutions appropriate to those circumstances risks leaving many of these people feeling angry and dispossessed and as a consequence stalling, if not upending, decades of social, political and economic progress.

Enter higher education. With a much stronger focus on engagement with communities, universities and other colleges can be front and central, first stemming and then turning back the tide of populism, its erosion of trust in higher education itself and more broadly in public institutions.

Our universities and colleges need to engage more genuinely and effectively with the communities outside their walls, whether those walls are physical or metaphorical.

They have the expertise, the knowledge and the research capacity to challenge populists and what they present as facts, but which is often baseless opinion; and to instil in students and graduates integrity, respect for knowledge, a capacity for analysis and informed engagement with politics and ideas.

The presidents of our institutions have a special duty to engage in wider public debate. They are leaders not just within their institutions but in their wider communities - they should use their positions of influence as thought leaders and speak out.

Playing the populists at their own game, the institutions need to enlist the power of social media in its multiple forms, and do so in a deliberate and strategic way to promote the value and values of higher education as well as what it means to act morally and ethically in our increasingly diverse societies.

Ireland has so far escaped the worst symptoms of the virus of populism. But as my companions in the Galway pub show we are not immune and Ireland is very much part of the system of globalisation that is seen as so offensive by populists.

The best way to defend our values and way of life is to take the battle to the populists and expose their chicanery wherever we see it, but all the while be attentive to the voices of people who feel left behind by what most of the rest of us see as “progress”. And come on our higher education leaders and academics, join the good fight.