Quarter of primary children say they are bullied twice a month

Of the 1,674 children surveyed 9% say they bullied another child up to 3 times a month 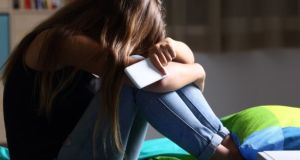 The director of the national anti-bullying research and resource centre at Dublin City University said schools are struggling to cope with bullying.

A quarter of primary school children say they have been bullied at least twice a month, according to a survey of 1,674 pupils from eight primary schools in counties Louth and Monaghan.

Professor James O’Higgins Norman, director of the national anti-bullying research and resource centre at Dublin City University, said on Monday that schools were struggling to cope with bullying.

He was speaking at the launch in Dundalk, county Louth, of KiVa - an internationally endorsed anti-bullying programme being introduced in the eight primary schools.

Kiva, which means kind or nice in Finish, provides training and tools to teachers to help them address and prevent bullying.

The professor said the long-term impacts of bullying could negatively affect perpetrator, victim and witnesses.

“We know the longterm effects of those victimised are negative and can result in people leaving school early, having low self-esteem and finding it harder to integrate and trust groups of people later in life.”

He said research also showed the impact of witnessing bullying can be significant.

“Some research even suggests it is along the lines of post-traumatic stress because witnessing bullying and trying to manage yourself in such a way that you are not bullied, can have a very negative effect long-term on children.”

Of the 1,674 children surveyed as part of the programme, 9 per cent said they had bullied others up to 3 times a month.

Six per cent of 4th to 6th class pupils said they had been cyber-bullied at least twice a month.

The children will be surveyed again at the end of this academic year to see if the programme has been effective.