Status of apprenticeships suffering from ‘overwhelming’ focus on college places

Long-term marketing plan needed to boost the image of the sector, committee hears 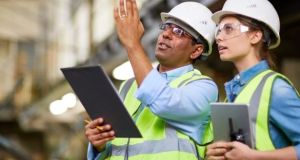 In Switzerland about two thirds of 15 year olds enter apprenticeships which are “highly valued” in their society, the Oireachtas education committee has heard. Image: iStock

The prestige of apprenticeships has declined due to an “overwhelming” focus on college places and CAO points, an Oireachtas education committee has heard.

Dr Philip Smyth of the Shannon College of Hotel Management said admissions to hospitality programmes was declining despite forecasts of 60,000- 80,0000 job vacancies in the next ten years.

“In Ireland the prestige of apprenticeships has definitely declined,” Dr Smyth said.

“There is still great respect for the tradesperson, the expert and the artisan but it has been overwhelmed by the ever-present media, public and private discourse on points, CAO deadlines, college places, change of mind dates, accommodation and so on.”

He noted that in Switzerland about two thirds of 15 year olds enter apprenticeships which are “highly valued” in their society.

Dr Smyth said a long-term marketing strategy was needed to boost the image of the sector, along with degree-level apprenticeships and the addition of hospitality as a Leaving Cert subject.

There are ambitious Government plans to increase the number of school leavers choosing apprenticeships or traineeships over the coming years.

However, registrations are lagging about a year behind targets set in a four-year action plan.

Employers group Ibec said there was a major challenge ahead in shifting attitudes in a society that still defines educational achievement in terms of CAO points and direct entry to higher education.

However, Tony Donohoe, Ibec’s head of education and social policy, said apprenticeships will no longer be a “second-best option” if they provide real alternatives to ambitious young people with progression opportunities up to advanced degree level.

He said a major obstacle to the expansion of new apprenticeships was the cost facing employers.

Mr Donohoe said the cost of a newly-recruited apprentice manufacturing engineer is about €90,000.

“We believe that the cost of funding new apprenticeship off-the-job wages, plus travel and subsistence costs where necessary, should be supported through the National Training Fund,” he said.

“This would also address the anomaly whereby similar costs for traditional craft apprenticeships are subvented.”

Mr Donohoe also called for bureaucratic obstacles to be removed to help speed up the addition of new apprenticeships.

In some cases, he said, proposals to develop new schemes that were approved in January 2015 have still not come on stream.

The committee also heard of the tech sector’s potential to provide apprenticeships.

Fast-track into Information Technology (Fit), a body which coordinates new ICT apprenticeships, had adopted a new goal of achieving an annual intake of 1,000 apprentices by 2021.

It says it expects major growth in areas such as cyber security, fin-tech, virtualisation and digital forensics.

Peter Davitt, Fit’s chief executive, said there is strong employer demand in Ireland not just for high skills but for intermediate/associate professional skills that were well within the capability of further education and training programmes to deliver.

He said skills audits have consistently found the majority of posts that ICT employers are seeking to fill require “entry or competent” skills rather than experts.

There was also criticism of “school league tables” in newspapers, including The Irish Times, which show the proportion of school-leavers who progress to individual third level institutions.

Labour TD Jan O’Sullivan said they were a crude measure of student achievement and called for a campaign against them.

Nessa White of Education and Training Boards Ireland (ETBI) agreed and said the data did not reflect the breath of what schools offered and said the content should be challenged.