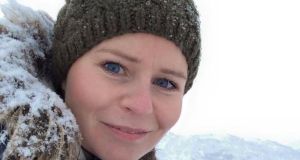 According to a relative of Yvonne Buchtrup’s family, the Department of Foreign Affairs informed the Irish woman’s parents that a man had been arrested and charged by police.

Relatives of an Irish woman and her daughter who were killed in a horrific collision in Poland have been told a man has been charged in connection with the fatal incident.

Yvonne Buchtrup (30) a daughter of well-known horse breeder John Long and his wife Angela, died along with her daughter Ella, when their car was struck by another vehicle on Wednesday.

Ms Buchtrup’s husband, Soren, and the couples infant son Noah, who were also in the car, escaped the horrific crash without serious injury.

According to a relative of the family, the Department of Foreign Affairs informed the Irish woman’s parents that a man was arrested and has been charged by police.

“They arrested a man on the evening of the collision. The Embassy rang John last night and told him a man had been arrested and charged, but we don’t know what he has been charged with,” the relative said.

“That’s all we know. There seems to be a lot of bureaucracy there.”

Autopsies were to be carried out on Friday on the bodies of Ms Buchtrup and her daughter as her family tried to come to terms with the awful tragedy.

It’s believed a vehicle ploughed into the family of four as they sat in their car which was parked near the town of Nowy Targ.

“The (Polish) Embassy have said it will take at least a week before the bodies are released,” a relative said.

“John and Angela are in bits as you would imagine. Soren and Yvonne only moved into a new house in Norway by a Fjord last year. It was all happy families until a few days ago. It’s just so tragic,” they added.

Mr Buchtrup’s employers have organised a Polish interpreter to keep the Danish helicopter pilot abreast of the local police investigation.

Gary Long, a first cousin of Ms Buchtrup, paid tribute to the mother of two on his Facebook page: “My heart is truly breaking and the tears are streaming down my face as I sit here. What’s keeping us going is knowing that Yvonne experienced more happiness in her 30 years than some people have in a life time.”

Another relative, David Long said: “Yvonne was a fantastic person with great character and Ella a beautiful child taken from us way too early. Be strong. RIP Yvonne and Ella. You both are safe now.”

1 Hotels, retail, hairdressers, churches, gyms to open next Tuesday, followed by restaurants and gastropubs on Friday
2 Brexit talks: UK seeks to strip fishermen of 80% of fish caught in EU waters
3 Exiting Level 5: What will reopen and when will it happen?
4 Austria bids farewell to Fucking after a millennium of misunderstandings
5 Forget Black Friday, welcome to Green Friday - 30 Irish retailers with great deals
Real news has value SUBSCRIBE