Father of two fatally assaulted in Tallaght in August 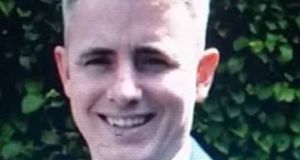 Two men in their 20s have been arrested for further questioning by gardaí over the killing of Vincent Parsons in Tallaght, south west Dublin, last August.

Mr Parsons, a 34-year-old father of two, was assaulted and later died from his injuries on 26 August.

Gardaí arrested two men for a second time in connection with the murder inquiry on Tuesday.

The men are currently detained at Tallaght Garda Station under Section 4 of the Criminal Justice Act 1984.

Mr Parsons, a welder by trade who was never involved in any form of crime, was socialising with friends in the Killinarden Public House in Tallaght on a Saturday night when an altercation occurred.

The incident spilled over to the outside of the premises and though Mr Parsons left on foot at least two men followed him.

It appears the men, who are the chief suspects in the case, drove after Mr Parsons in a van.

They caught up with him and fatally beat him on the roadside outside a Mace shop and post office at the Killinarden housing estate.

He was taken to Tallaght Hospital after the attack where he was in a critical condition with head injuries for 48 hours, before he was pronounced dead on the Monday night.

Investigating gardaí previously arrested a 24-year-old man several days after the attack in connection with the murder probe, but he was not charged at that time.