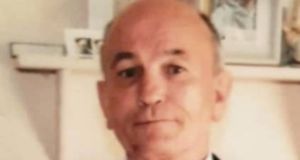 Two people have been arrested on suspicion of murder as part of the investigation into the disappearance of a man in Co Laois in January.

The missing man, William Delaney (56) from Portlaoise, has not been seen since January 31st. Gardaí searched the Dunamaise area of Portlaoise on Thursday, in conjunction with the Defence Forces.

Mr Delaney is described as 5 feet 6 inches in height, of medium build, with black/grey hair and blue eyes. It is not known what Mr Delaney was wearing when he was last seen.

Gardaí said searches will resume in the Dunamaise area on Friday morning.