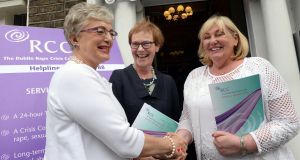 The slow roll-out of specialist Garda units to investigate sexual crimes is among the matters the Dublin Rape Crisis Centre wants a United Nations Committee to raise with the Irish Government.

A delegation led by David Stanton, Minister of State for Equality, Immigration and Integration, is to meet with the UN Committee against Torture in Geneva later this week.

In its submission to the committee, the centre has noted the slow progress with establishing Garda Protective Services Units, which specialise in investigating sexual crimes, as well as the lack of special protection for victims in court, and the absence of sufficient training for lawyers and law enforcement personnel.

The centre wants the committee to press the Irish delegation for speedier victim protection measures.

“The legal system should take special care of the victims of sexual violence,” according to the centre’s chief executive, Noeline Blackwell.

“They are almost unique in the justice system because they have two roles: they are the victim of the crime, and the main person to give evidence in most cases.”

The centre’s report is critical of the lack of reliable data about sexual offences in Ireland.

“If the data isn’t reliable and comprehensive, how can the State know that it’s taking the right actions to reduce and prevent sexual crime?” Ms Blackwell said.

She called for an in-depth study, similar to the national Sexual Abuse and Violence in Ireland (SAVI) report last done in 2002, as well as better co-ordination of statistics gathered by State agencies.

The report asks the committee to urge the Government to enact the Victims of Crime Bill and the Domestic Violence Bill without delay, noting that both are urgently required to protect very vulnerable groups.