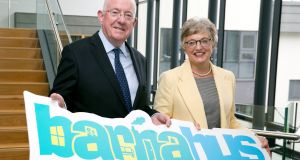 “You’ve given at least two different versions of events here. How are we supposed to know which one is true,” the barrister asked the girl (16).

She looked down and then to the side. There was a long pause before she responded. “I got confused.”

She agreed she told the detective her relative had stopped sexually abusing her in November and that she told a social worker the abuse continued until February of the following year.

In his address to the jury the defence barrister kept referring back to this and other similar inconsistencies saying they raised “issues about credibility.” The man was later acquitted.

The exchange occurred in 2014 but similar courtroom scenes have taken place many times before and since.

Memories, like forensic evidence, degrade with time. This is especially true when children are concerned. Research shows repeatedly interviewing child abuse victims can lead to distorted memories and, as a result, less credible testimony. This is particularly true if the interviewer is not specially trained.

It is hoped the Barnahus, Onehouse Galway pilot project will go some way towards addressing this issue.

“Game changer” was the term repeatedly used at the project’s launch at NUIG on Monday. The initiative, which originated in the Nordic countries, brings all the services needed by child abuse victims under one roof. This includes gardaí, forensic examiners, social workers and therapists.

In theory a child who has been sexually abused could record a video statement with specialised garda interviewers, have DNA samples taken and have a counselling plan put in place all in one day without having the leave the building.

One of the key objectives is to minimise the number of times children have to tell their stories, according to the project’s staff. This reduces the trauma on the child and leads to better evidence if the case goes to court.

“It cannot be ignored that a particularly traumatic outcome of sexual abuse is often the interaction between the victim and the criminal justice system,” Minister for Justice Charlie Flanagan said at Monday’s launch.

Mr Flanagan joined Minister for Children Katherine Zappone and representatives of the Garda, Tusla and the HSE in offering enthusiastic praise and promises of continued support for Barnahaus.

In general terms the centre deals with two types of cases, said Dr Joanne Nelson, the Clinical Director for Galway’s child and adolescent sexual assault treatment unit, where the project is based.

First there are the cases where the abuse is very recent. “This is where there is a capacity to obtain forensic evidence such as swabs and DNA. So those needs take priority. With children those cases are few and far between thankfully. They’re more prevalent with adolescents and adults.”

More common are the cases of historic sexual abuse. “You don’t get DNA evidence because most children don’t disclose abuse until sometime later. This is for a variety of reasons, not least because they don’t feel safe,” Dr Nelson said.

“In those cases there can be a little bit of time afforded to planning. The vision of Barnahaus is when there is an allegation there can be a meeting of all agencies and a plan can be put in place.”

As a pilot project, Barnahaus is limited in scope. For now it only covers the west and mid-west but Dr Nelson hopes to see it expand nationwide with centres is Dublin and Cork and satellite facilities in more remote areas.

There are some shortcomings. Currently children must share a building with adult victims attending the sexual assault treatment centre and due to space constraints Garda interviews still take place off-site.

Nevertheless the project is seen by child advocates such former Special Rapporteur on Child Protection Geoffery Shannon, as a valuable step in the right direction.

“If it takes a village to raise a child, it takes all agencies working together to protect a child,” Mr Shannon said.