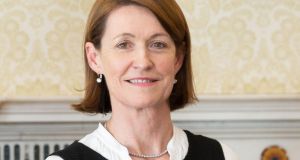 Parties involved in personal injury disputes should focus on trying to settle their cases, the president of the High Court has said.

Ms Justice Mary Irvine made her comments against a backdrop of there being 320 personal injury cases on the High Court lists that have been postponed since March 18th because of the Covid-19 pandemic.

She said she was not asking any party to settle a case that they did not wish to, but pointed out that only 11 per cent of the cases that reach the doors of the court proceed to a contested hearing.

“A substantial number of claims only settle on the day they are listed for hearing. In practical terms this means that if cases cannot be listed for hearing [as is currently the case because of Covid-19], they will neither be fought nor settled but will remain in limbo.”

She said that if, as the statistics normally worked out, 89 per cent of all claims were settled, it would “speak volumes to the sense of justice of those stakeholders who might possibly stand to benefit from a prolonged adjournment of such claims”.

Ms Justice Irvine, who recently became president of the court, issued her statement through the Courts Service and a video of her making the statement was posted on its website – an unusually open step for a senior sitting judge.

“When I applied for the position of president of the High Court I promised that I would do everything in my power to minimise the effects of Covid-19 on those requiring access to justice,” she said.

She addressed those whose business it was to indemnify individuals or entities against claims for negligence. It was they who, in most instances, decided which cases are fought or if they are settled and for how much, she said.

“Because of social distancing and other safety issues, finding a way to safely and justly hear cases involving numbers of witnesses presents a challenge that is unlikely to be entirely overcome in the short term,” she said.

The hardship facing those who are left waiting for their case to go ahead could be “greatly reduced” if cases that were likely to settle when they came to court were settled earlier.

A delay in litigation can cause great economic hardship or even unwarranted additional mental or physical suffering for plaintiffs, the judge said.

The judge said the adjourned personal injury claims are to be listed for calling over during July when directions will be given as to the hearing of those that have not been settled.

“All such claims will of course remain under the control of Mr Justice Kevin Cross who will continue to oversee the personal injuries division of the High Court for the foreseeable future.”