Covid-19: Number being prosecuted for breaching lockdown has ‘slowed to trickle’ 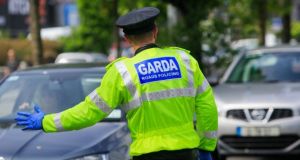 The number of people being prosecuted after gardaí alleged they had breached Covid-19 lockdown restrictions is relatively very small, with the DPP approving charges in only four such cases over the past week.

Garda Headquarters on Tuesday revealed that of the 307 times people had come to their attention in relation to the lockdown restrictions, 86 had resulted in criminal charges or summonses to appear before the courts.

This means that in the past week the DPP has approved charges in only four additional cases. And in the past three weeks only 20 new charges have been approved.

The very slow increase in the number of people facing such charges has now become a sustained pattern and strongly suggests the DPP is proving very reluctant to press criminal charges.

In many cases there has been a lack of clarity surrounding the specific breaches of the law allegedly committed by people who were arrested by Garda members for breaching the Covid-19 restrictions or whose names were taken pending further investigation.

Garda Headquarters has said that in all of the cases where charges have not been pursued to date, investigations were ongoing. However, Garda sources said the rate at which the DPP was approving charges had “slowed to a trickle” and many doubted if even half of the 307 incidents recorded by gardaí as a breach would eventually result in charges.

As part of restrictions during the initial period of lockdown, people were advised to stay in their homes unless they had a reasonable excuse, such as shopping for supplies, attending a medical appointment, or they were critical workers going about their jobs, among other reasons.

However, people in the Republic were permitted to leave their homes to exercise within 2km of home, which was later increased to 5km. If people were found further from home without a reasonable excuse and refused to comply with a direction from gardaí to return home, they were in breach of the law.

Gardaí had the power to arrest suspects alleged to have breached these restrictions, or take their names and contact details pending further action, which happened 307 times. Those powers were given to Garda members on April 8th and lapsed last Monday week, when the travel restrictions increased to a limit of 20km from home and were downgraded to public health advice, rather than a regulation enforceable by law.

Garda Commissioner Drew Harris said that while there had been “very good compliance” generally among the public with regard to the Covid-19 lockdown rules, the Republic was still only in phase two of the easing of restrictions.

“We all need to continue to play our part in reducing the spreading of Covid-19 by staying local, not making unnecessary journeys, and maintaining social distancing,” he said.

“At the outset of the Covid-19 situation, I said that An Garda Síochána will continue to operate as a community-based policing service with a focus on protecting the vulnerable. This approach will not change during this phase.”

The latest weekly update on the Garda’s Covid-19 operation related to the last two days of its “kilometre from home” powers.

Some 100 incidents of coughing or spitting at Garda members have been recorded in total during the operation, and spit guards, which are used to cover a suspect’s head and prevent spitting at gardaí, have been used 75 times.

Garda members working on its Covid-19 operation also detected 2,086 crimes not related to the pandemic, such as motoring offences, public order crimes and weapons and drug offences.

The Garda National Vetting Bureau has also processed some 32,308 applications for Covid-19-related voluntary posts and other jobs related to the pandemic.