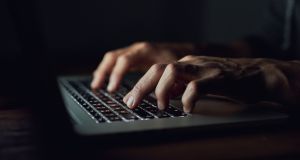 The training programme is aimed at reducing the workload of the Garda National Cyber Crime Bureau, which is dealing with increasing volumes of digital devices that require analysis. Photograph: iStock

More than 200 gardaí have started training on how to quickly identify digital devices that may contain child abuse imagery in an attempt to speed up investigations.

By the end of March, 240 front-line gardaí will have completed training as cybercrime “first responders”.

The initiative is aimed in part at reducing the workload of the Garda National Cyber Crime Bureau, which is dealing with a backlog of digital devices that require analysis after being seized during investigations.

This is delaying the prosecution of offenders for possessing or sharing images of child abuse, known in the legislation as “child pornography”.

The Irish Times reported last week that online child abuse cases were taking an average of five years to reach sentencing stage due to the backlog.

The maximum wait time for analysis of devices by the bureau is currently2½ years, down from six years in 2017.

It is anticipated that the new training module for front-line gardaí will reduce the number of devices being sent to the bureau as members will be able to prioritise devices at the scene instead of simply sending everything for analysis.

A large amount of the bureau’s staff’s time is taken up analysing devices that turn out not to contain evidence of child abuse material. On average only 60 per cent of seized devices will end up containing illegal material.

Sources say “first responders” will now be able to use technology to “triage” devices and make a preliminary determination of whether they contain evidence of abuse. This will be particularly useful in prioritising cases where children are at active risk of further abuse, they say.

Some phones are programmed to automatically delete their contents after a few minutes, making them useless as sources of evidence. The training will allow gardaí to download and preserve such digital evidence at the scene of a search.

The course, which is being funded by the Internal Security Fund of the European Commission, costs around €200,000 for the 240 gardaí.

In the past, the high cost of analysis software and training was a barrier in cybercrime investigations.

However, “first responder” gardaí will be trained in the use of an app, available free of charge to police forces. The app allows front-line gardaí to gather digital evidence with minimal training simply by inserting a USB into a suspect device or machine.