One in five people assaulted in State is a foreign national 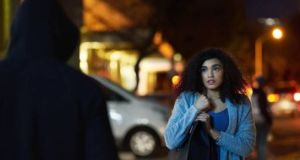 The Government is coming under increasing pressure to introduce legislation to deal with hate crimes. It was not clear how many of the attacks included in the data were racially motivated or hate-based incidents. Stock photograph: Getty

Almost one in five people assaulted in the State is a foreign national, An Garda Síochána has said.

Research by the Garda Analysis Service, supplied in response to queries from The Irish Times, shows 19 per cent of assault victims are now foreign nationals.

The finding is a provisional one, and it has not been released as part of any official crime data. However, the publication of a more detailed breakdown of assault cases, which are now at a record high, is expected to become the norm.

The Government is coming under increasing pressure to introduce legislation to deal with hate crimes. It was not clear how many of the attacks included in the data were racially motivated or hate-based incidents.

In a statement, Garda Headquarters put the figure in the context of census figures and the fact that the victims included tourists.

Garda Commissioner Drew Harris has told the Policing Authority the force is examining ways of breaking down assault case data in order to show trends within the overall numbers, for example, the level of domestic assaults.

Brian Killoran, chief executive of the Immigrant Council of Ireland, believes the ethnicity of victims should be recorded and published as it would better aid the Garda’s response to assaults.

“The lack of data on the ethnicity of those being assaulted is a major gap and something which should be collected,” he said.

Former High Court judge Bryan McMahon, who officiates at citizenship ceremonies, also called for new laws on the issue and the gathering of hate crime data. “We need new legislation and accurate information to tell us how bad it is.”

Gardaí are preparing a national campaign aimed at addressing the rise in assaults. Mr Harris believes crimes such as assaults tend to increase in line with disposable incomes as people have more money to buy alcohol and recreational drugs.

Assaults causing harm are now consistently at levels reached only briefly during the height of the Celtic Tiger in 2007, when the night-time economy was booming.

In each of the past four quarters, the number of assaults causing harm has exceeded 1,000 nationally. It is the first time such a trend has emerged since the CSO began compiling the crime data almost 17 years ago. In the second quarter of this year, some 3,447 common assaults were recorded by the Garda.

All crime data published by the CSO is released “under reservation”, meaning the office is working with the Garda to improve ways of compiling the data.