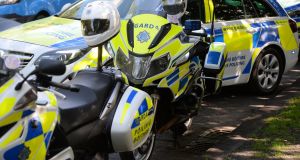 Garda management has been informed no supplementary budget will be provided this year to cover overruns. Photograph: Dara Mac Dónaill

Garda Commissioner Drew Harris must get guaranteed three-year budgets to ensure that he is better able to plan reforms and give him greater freedom to set targets, according to the Government spending review.

The document from the Irish Government Economic and Evaluation Service, released along with budget papers, recommends the introduction of multi-annual budgets.

Such a change for An Garda Síochána, which has been sought by some quarters since 2011, would allow Mr Harris to act as a “true CEO” of the organisation and help prevent yearly budget overruns in areas such as overtime.

Three-year budgets would enable the commissioner to plan ahead properly, ensuring that he is able to invest in frontline policing that is “at the heart” of the citizens’ needs.

The State’s spending on An Garda Síochána has doubled since 2000, the report illustrated, while next year’s spending will be a quarter higher than any of the budgets in the past decade.

“This pace of increase over the last 5 years broadly matches the rate of increase for overall Government expenditure for the same period at approximately 23 per cent,” said the spending review.

The “main drivers” in spending since 2014 include extra recruitment of new gardaí and civilian staff; more training and equipment; higher overtime to tackle organised crime; and national pay deals.

However, the Garda has required extra last-minute budget increases not just in years when State spending was being cut across the board, but also in years when budgets were rising.

The incentives to stay within budgets are “weakened” if expenditure pressures are accommodated by supplementary estimates “notwithstanding that there can be legitimate underfunding pressures in some years”.

Such changes would grant the commissioner greater financial autonomy from the government and Department of Justice and provide great flexibility to respond to policing needs, it said.

Currently the commissioner is the accounting officer for the Garda but is constrained in spending by a yearly budget, which comes through the Department of Justice.

The document states that budget management has been a traditional challenge for the Garda, particularly in the area of Garda overtime.

Over the past five years the force has spent €224 million on supplementary expenditure. “This has been driven by overtime (visits of foreign dignitaries) and other funding challenges for pay and non-pay subheads.”

Multi-annual budgeting in the Garda could be a pilot for changes elsewhere in the public service, though it could be started by covering overtime. This could then spread to cover pensions and allowances.

Budget overruns relating to overtime have been a major problem for the Garda in recent years. Last month it was announced the force had overspent its budget by €32 million in the first eight months of 2019.

No garda overtime will be allowed for the rest of the year except for specifically sanctioned investigations and operations.

Much of the overspend relates to policing the visits of US president Donald Trump and vice-president Mike Pence, which are estimated to have cost the force up to €18 million in unplanned expenditure.

Garda management has been informed no supplementary budget will be provided this year to cover overruns, as has happened in previous years.

However, it is understood negotiations are ongoing between the Garda and the Department of Finance for the allocation of some additional funds to cover the costs of policing the Trump and Pence visits.

There is no change in the Garda overtime budget for 2020, which will stand at €95 million.