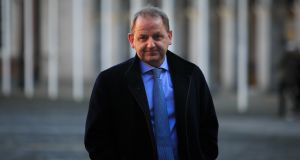 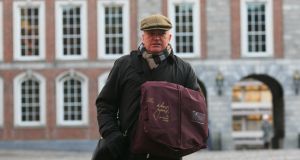 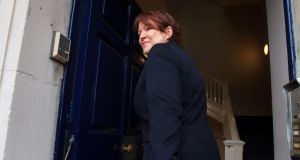 Garda whistleblower Sergeant Maurice McCabe said he felt “under threat” and that he needed to leave his position in the Garda traffic unit because of then Garda commissioner Nóirín O’Sullivan.

According to a document put to Ms O’Sullivan at the Disclosures Tribunal on Monday, Sgt McCabe contacted his district superior with these concerns in May 2015. This was shortly after the then commissioner instructed her legal team to challenge Sgt McCabe’s motivation in making a series of complaints of garda malpractice and corruption at the O’Higgins Commission.

Sgt McCabe told his superintendent in May 2015 he did not feel safe and that “if anything went wrong they would be down on him like a tonne of bricks.” His superior asked if he wanted him (his superior) to take further action. Sgt McCabe replied that there “was no point”.

Ms O’Sullivan was giving evidence on Monday afternoon at the tribunal which is investigating if she tried to use “unjustified grounds” to try to discredit Sgt McCabe at the O’Higgins commission hearings. The commission sat in private to investigate allegations of Garda malpractice made by Sgt McCabe.

When the tribunal broke for lunch, Ms O’Sullivan approached Sgt McCabe where he was seated, shook his hand and asked him how he was. She then had a short conversation with him and his wife Lorraine.

After lunch, the former commissioner told counsel for the tribunal Kathleen Leader that she knew and understood that Sgt McCabe’s attitude towards her would change after she instructed garda lawyers to challenge his motivations.

However she said she did not know what Sgt McCabe’s mentions of “threats” or “coming down on him like a tonne of bricks” meant.

Ms O’Sullivan earlier said she was faced with “an impossible dilemma” when ordering her legal team to “test” the evidence of Sgt McCabe at the O’Higgins commission.

Ms O’Sullivan said she was aware of some details of an allegation which had been made in late 2006 against Sgt McCabe by a colleague’s daughter. She added she was aware the Director of Public Prosecutions (DPP) had subsequently ordered that no prosecution would take place in relation to the allegation.

After the DPP declined to prosecute, Sgt McCabe requested that decision in writing. However, garda officers refused this request, saying it was contrary to DPP policy.

At the O’Higgins commission, Ms O’Sullivan’s legal team cited Sgt McCabe’s attempts to have gardaí release the DPP’s findings as a motive in his making of claims against fellow officers. The tribunal is seeking to establish whether this was part of an alleged campaign to smear the whistleblower.

Giving evidence on Monday, Ms O’Sullivan said that during the initial stages of the O’Higgins commission of inquiry she received a call from her garda liaison at the commission, Chief Supt Fergus Healy.

She said he told her that the Garda legal team believed it would be necessary to “put some background matters” to Sgt McCabe about what happened after senior gardaí refused to provide him with the DPP’s decision in writing.

She said she instructed garda counsel in the O’Higgins commission only to test Sgt McCabe’s evidence to ascertain what elements of his accusations of malpractice in the Cavan/Monaghan Garda division led to his conclusion that there was corruption in that area.

Ms O’Sullivan said it was “wasn’t easy” for her to tell garda lawyers to “test” Sgt McCabe’s evidence and that she believed it “understandably” changed the sergeant’s view of her.

She said she was faced with an “impossible dilemma” where she had to support Sgt McCabe as a whistleblower while also directing counsel to test his evidence at the O’Higgins commission.

Ms Leader asked Ms O’Sullivan if the garda lawyers were aware of her support for Sgt McCabe as a whistleblower when they requested instructions on how to treat him as a witness.

Ms O’Sullivan said she had publicly voiced her support for Sgt McCabe but that the specific details weren’t public knowledge.

Earlier, Ms O’Sullivan told counsel for the tribunal that she saw the O’Higgins commission as an opportunity to get to the bottom of accusations of corruption and malpractice which she felt were severely undermining the public reputation of the Garda.

Ms O’Sullivan said she was not satisfied with the level of garda preparation for the commission. Nor was she happy with delays in disclosure and the delays in hiring a legal team to represented the Garda.

She said she appointed Chief Supt Healy to liaise between her and the Commission. When asked about what instructions she gave to Chief Supt Healy, she said she instructed that the commission should be assisted in establishing the facts behind Sgt McCabe’s allegations.

She told counsel she did not know what exactly the O’Higgins commission would be dealing with first.

Ms O’Sullivan, who announced her resignation last September after less than three years in the post, told counsel for the tribunal that when she took over as acting commissioner her main priority was to restore trust in the force which “had fallen to an all time low”.

She said garda members were “punch drunk from being pilloried in media and other places”.

Ms O’Sullivan said one of her first acts on becoming garda commissioner was to restore Sgt Maurice McCabe’s access to the Garda Pulse System which had previously been revoked.

Following the publication of the Guerin report into matters at Ballieboro Garda Station, she met with Sgt McCabe and offered him the opportunity to appoint a senior garda with whom he was comfortable to examine workplace issues which were affecting him.

“When I took over I made it an imperative to support whistleblowers,” Ms O’Sullivan said.

She said she “set the tone from the top” by voicing her support for whistleblowers at a graduation speech for members of the garda reserve in 2014.

The tribunal, also known as the Charleton tribunal, is investigating if Ms O’Sullivan tried to use “unjustified grounds” to try to discredit Sgt McCabe at the O’Higgins commission hearings.

The chairman of the tribunal Mr Justice Peter Charleton said last week Ms O’Sullivan did not try to use a false allegation of child sex abuse against Garda whistleblower Sgt Maurice McCabe to discredit him at O’Higgins. He said the only matter that remained for the tribunal, therefore, was whether the then commissioner tried to use other “unjustified grounds” to try to discredit Sgt McCabe.

The commission hearings were held in private during 2015 at a time when Ms O’Sullivan was expressing public support for Sgt McCabe and for whistleblowers.

Chief Supt Healy has told the tribunal that in the days prior to its first sitting in May 2015, the commissioner’s legal team met him and other senior officers and formed the view that Sgt McCabe’s motivation and credibility would have to be challenged. He was asked by Colm Smyth SC to get instructions from Ms O’Sullivan that this should be done.

Chief Supt Healy said he managed to get Ms O’Sullivan on the phone on the evening of May 14th, 2015, the day the commission hearings began. He told her of the recommendation by the legal team that they be allowed explore the issue of Sgt McCabe’s motivation and credibility. Ms O’Sullivan said that if counsel wanted to “go down that road”, they could. He conveyed this to Mr Smyth the following morning.

Chief Supt Healy completed his evidence on Monday morning before Ms O’Sullivan was called to testify.

The tribunal will continue to hear from Ms O’Sullivan on Tuesday.