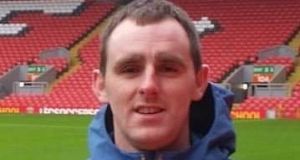 But for the leniency of a judge, Derek Coakley-Hutch would have been in prison on Saturday rather than becoming the latest victim of Dublin’s gun violence.

His murder in a gun attack at the Bridgeview halting site beside Cloverhill Prison at about 3pm is believed to be part of the Kinahan-Hutch feud. It came just two months after he was shown mercy by the criminal justice system because of the positive efforts he had made to turn his life around.

He had been convicted for his role in the chaotic armed robbery of a shop in Clontarf, north Dublin, in 2015 in which an imitation firearm was used.

He pleaded guilty at Dublin Circuit Criminal Court to possession of an imitation firearm and robbery of the Spar shop on Styles Road, Clontarf on June 11th, 2015.

A sentencing hearing in December, 2016, was told that Coakley-Hutch (27), of Liberty House, Dublin 1, had made great strides in treating his drug addiction.

Judge Patricia Ryan placed him under probation supervision for nearly a year to see if had truly reformed.

Sentencing Coakley-Hutch in November 2017, Judge Ryan said he had made “Trojan efforts” in rehabilitating himself and remained drug-free.

She said the court had also received a “most favourable” probation report and positive reports from the drug treatment centre he attended.

Judge Ryan noted that Coakley-Hutch had not come to the attention of gardaí since the offence and was now focused on his family; he was a father of two. She imposed a four-year sentence and suspended it on a number of conditions.

Defence counsel, Luigi Rea BL, previously told the court that Coakley-Hutch was addicted to drugs and was from an area which is “blighted” by addiction.

In a clear reference to the Kinahan-Hutch feud he told Judge Ryan: “Mr Hutch and his family have difficulties that we all know about that we don’t have to go into here.”

During the robbery in 2015, Coakley-Hutch and accomplice Christopher Coakley, held a gun to the head of the shop manager and demanded the code for the alarm.

Gardaí caught them in an empty house near the scene of the robbery a few hours later. They were trying to hide the notes and coins they had taken.

Garda John Fitzgerald told prosecuting counsel, Marie Torrens BL, that Coakley-Hutch and another man escaped with about €1,215. A short time later Gda Fitzgerald was searching nearby when he noticed a brick which looked like it had been used to gain entry to a building.

He looked inside and found the men trying to hide a large number of coins. They were arrested but Coakley-Hutch refused to answer questions during interview. About €700 was recovered by gardaí.

In 2015, Coakley-Hutch’s co-accused, Coakley (25) of Belvedere Place, Dublin was jailed for six years for the robbery and other unrelated offences.

That sentencing hearing was told the men got in under the shutters of the shop and “floored” the manager before dragging her down the aisles demanding the keys.

The woman was continually held by the neck and dragged as the robbers demanded that she get them the safe.