Man with Irish roots killed by ex-employee in New York 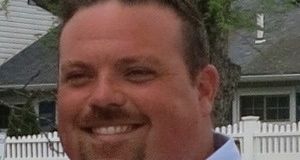 Christopher Sayers (37), who was gunned down last Thursday.

The son of two Irish emigrants has been gunned down in New York by a former employee who he had fired two days previously.

Christopher Sayers (37), whose parents were from Co Kerry, was shot multiple times by carpenter Samuel Perry (44), who then turned the gun on himself.

Mr Sayers, from Long Island, was the foreman on part of a construction job in Manhattan’s Midtown, Waterline Square, one of the biggest residential developments in New York at present.

Last Tuesday, he fired Perry, who co-workers described as a “bit of a hothead”. Colleagues said the two had bickered over the construction of a wall.

Two days later Perry returned to the 37th floor of the building they were working on and shot his former boss dead. He then went into a toilet, locked the door and took his own life.

According to a report in the New York Daily News, Perry left a note which stated: “These low-lifes care about no one but themselves so they can go down with me. Respect takes you a long way. Now some will learn to respect their worker.”

Christopher’s father, Paddy Sayers, is a native of Dingle, and his late mother, Josie née Cavanagh, came from Feothanach, west of Dingle.

Muiris Bric, the former president of The Kerrymen’s Association in New York, said the west Kerry community in the city was “really shocked” by Mr Sayers’s killing.

He suggested Mr Sayers was another victim of America’s gun culture.

“He died in bláth na hóige (the flower of youth). It’s a tragedy and coming after [the] Las Vegas [mass shooting], even worse. It’s a very sad affair. The proliferation of guns goes on and on. How did this Perry fellow get the gun?”

A local carpentry union in New York expressed its condolences at the death of Mr Sayers.

A statement from Local 212 New York City District Council of Carpenters said: “It is with a heavy heart that we say goodbye to two union brothers today. We are working diligently with authorities to assist in their investigation of the incident.”

Mr Sayers’s funeral will take place on Tuesday morning at Our Lady of Mercy church in Hicksville, New York.