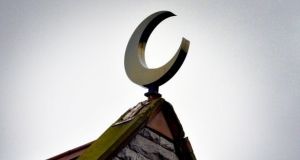 A Dublin conference was told of the importance of developing “a critical thinking curriculum” in schools in conjunction with the promotion of strong role models in Muslim communities in order to prevent radicalisation. Photograph: David Sleator

Ireland needs a programme, similar to one in place in the United Kingdom, to help prevent young people from becoming radicalised, an activist and former director of the organisation British Muslims for Secular Democracy has said.

Tehmina Kazi, a policy and advocacy officer with the Cork Equal and Sustainable Communities Alliance, spoke at a symposium on radicalisation, Islamophobia and integration held in Blanchardstown, Dublin, on Saturday.

Ms Kazi highlighted the importance of developing “a critical thinking curriculum” in schools in conjunction with the promotion of strong role models in Muslim communities.

In an essay due to be published in the journal Feminist Dissent, Ms Kazi writes that there are many examples of the so-called Prevent programme in the UK successfully turning young women – and men – away from a path of extremism and disillusionment with mainstream education.

Ms Kazi told The Irish Times she did not believe there was a similar level of radicalisation among Muslims in Ireland, but she said some of those who had been radicalised were using Ireland as a means of travel to and and from the UK.

She said a programme in schools would be a “preventive” measure, and she urged women in Muslim communities, in particular, to “stand up and counter extremist messaging” wherever they found it.

“That includes far-right messaging as well as other extremist messaging,” she said.

“One of them is the major issue of radicalisation and consequently Islamophobia and integration,” he said.

“The reason we chose the three topics is we felt they were related to each other. Radicalisation and terrorism help fuel Islamophobia, and Islamophobia helps to fuel integration problems. It’s a vicious cycle that goes on and on.

“We don’t pretend we have an answer, we just decided, as we say in Sudan, to throw a stone into stagnant water.”