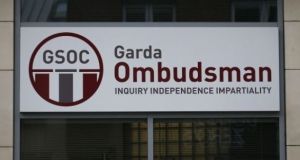 Gsoc said a man had an ‘interaction with gardaí’

The family of a man who died within hours of being arrested at the Midland Regional Hospital in Mullingar have claimed he was “in a very distressed state” when he was dropped home by gardaí.

The Garda Síochána Ombudsman Commission (Gsoc) has said that it is examining the death on Saturday evening of Danny McCormack (40).

Preliminary results from the postmortem are understood to show that while the father of three had heart-related issues, which are believed to have led to his death, two other marks were also found on his body.

Mr McCormack had attended the hospital’s emergency department complaining of chest pains. While there, it is understood he became involved in a verbal altercation with a staff member. Gardaí were called and he was removed to the Garda station.

His wife, who had accompanied him to the hospital, went to the station, but gardaí had already left with her husband to bring him home.

Mr McCormack’s brother, Peter, said that he was dropped at the family home “even though they knew his wife was not there – but his three children were there”.

The children, ranging in age from five to 18, were in the care of their grandmother at the time. His brother said Mr McCormack “collapsed in the front room” within 15 minutes of being dropped home.

A neighbour administered CPR before two ambulances arrived. Mr McCormack was stabilised by paramedics before being taken to hospital, but died a short time after arriving.

The McCormack family are demanding answers from the HSE and the gardaí over the chain of events which led up to his death.

The Garda press office said that a man had “an interaction with gardaí”.

“As this is now a Garda Síochána Ombudsman investigation we will be making no further comment,” a Garda spokesman said.

Gsoc’s enquiry will be limited to the man’s interactions with gardaí in the hours prior to his death.

The HSE said the Regional Hospital Mullingar cannot comment on individual patient cases. “The hospital is conducting a review of an incident which occurred this weekend in which the Garda were called. We have no further comment at this time,” a spokesman said.

The McCormack family is requesting that CCTV footage be analysed as part of any review or investigation, and that witnesses present in the emergency department who are not members of the hospital staff also be interviewed.