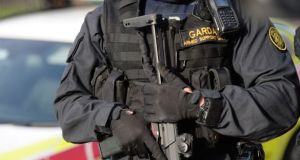 A young man required approximately sixty stitches for facial injuries after he was stabbed with a broken bottle during a dispute between two Traveller families in Co Limerick on Christmas Day.

The assault occurred in the street in the Fairhill area Rathkeale at around 8.30pm, gardaí confirmed on Saturday. The injured man was treated at University Hospital Limerick.

Although the incident was not immediately reported to gardaí, detectives are believed to be following a definite line of enquiry and have identified a suspect who is not from the Rathkeale area.

Garda sources said the incident was linked to “tensions between two local families” who are members of the Travelling community.

The plan was a response to concerns by the local community about large increases in the Traveller community population in the town over Christmas.

The Health Service Executive (HSE) provided a “triage clinic” in the town from December 20th to January 4th.

The stabbing was the only serious incident in Rathkeale during Christmas and New Year.