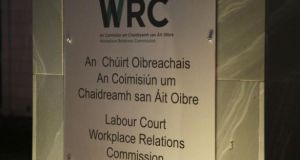 This follows the Labour Court throwing out belly dancer Kati Kipli’s claim that she was unfairly dismissed by the retailer on June 2nd, 2016.

The ruling by the Labour Court after a two-day hearing in Limerick affirms an earlier ruling by the Workplace Relations Commission (WRC) that Ms Kipli was not unfairly dismissed.

Ms Kipli was employed as a part-time sales assistant by Dunnes Stores from December 2007 to June 2016.

The retailer sacked Ms Kipli after mounting a one-person “snoop operation” that found that Ms Kipli was giving a belly dance class at a local hotel after she called in sick complaining of a kidney infection earlier that day.

However, Ms Kipli contacted the human resources  manager at Dunnes Stores’s Harvey’s Quay outlet on Henry Street by telephone at 1pm that day to let her know that she felt unwell with a kidney infection and to advise she would be unable to work her shift.

Ms Kipli telephoned again at 4pm and advised that her condition had not improved and that she was going to bed for the night.

The HR manager asked a colleague, the store’s check-out manager, to attend to see if Ms Kipli was present at the hotel and the check-out manager witnessed Ms Kipli at the hotel wearing a “a purply-pink outfit” where the belly dance class was to take place at 8.30 pm, along with a group of women attending the class.

The following day when Ms Kipli reported for work she was quizzed about the belly dancing class.

Ms Kipli initially denied she had attended her dance class at the hotel but then admitted that she had been there after the HR manager stated that that she had been observed in the room immediately prior to the commencement of the class.

As a result, the store’s grocery store manager conducted two meetings to investigate the events of May 16th. Arising from the meetings, Dunnes Stores fired Ms Kipli on June 2nd, 2016.

The dismissal letter told Ms Kipli that she admitted to engaging in other paid employment while on sick leave from the company. The letter stated: “This constitutes misconduct which is a serious breach of the Company Code of Conduct.”

Dunnes told her that it has made the decision “to terminate your contract with immediate effect. We have considered other sanctions but after taking everything into account dismissal is the only appropriate sanction to be taken”.

The grocery store manager told the Labour Court: “The reason she was dismissed was because she attended her belly-dancing class while she should have been at work.”

Dunnes stated that Ms Kipli conducted the class knowing that she would get paid under the company’s sick leave scheme.

Ms Kipli’s solicitor submitted that the entire process – beginning with the back-to-work meeting of May 18th 2016 –t,hat culminated in Ms Kipli’s summary dismissal was unfair and that the decision to dismiss her pre-determined.

The Labour Court found that the deficiencies in Dunnes’s procedures were not of such gravity as to imperil the fairness of the process to dismiss Ms Kipli.