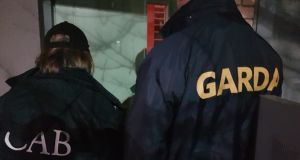 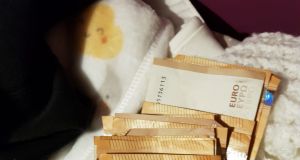 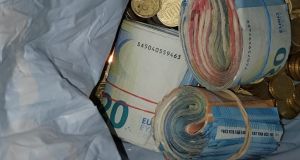 The Criminal Assets Bureau (Cab) has seized cash, Rolex watches and expensive clothing in Dublin raids against three men, two of them teenagers, involved in drug dealing and gang feuding in north Dublin.

Two addresses in Ballymun, Dublin 9, were searched omn Thursday by Cab officers backed by the armed Regional Support Unit in a large operation targeting the proceeds of crime.

The three targets of the raids have long been a suspect for involvement in the drugs trade, and local gardaí seized €14,560 from him last September.

Gardaí last year established a dedicated investigation into the men on suspicion they were involved in drug dealing and localised feuding related to the drugs trade in Ballymun.

A surveillance operation on the three suspects confirmed the men’s activities and during raids on them at the time €14,560 was seized.

The men - aged 18, 19 and 28 - were targeted at their homes on Thursday in the Ballymun area. Two of the suspects share an address and another lives nearby.

During the raids, about €6,000 in cash, some of which was hidden in the freezer of one of the homes, was confiscated on suspicion it represents the proceeds of crime.

Cab officers also seized two Rolex watches and six expensive sports jackets made by Canada Goose and Moncler. Some of the jackets seized are worth over €1,000.

“This morning’s search operation is a significant development in an ongoing investigation into cash accumulated by a local organised crime gang from the sale and supply of controlled drugs,” said the Cab.

Separately, Cab officers carried out three searches in Co Cork and one in Co Kerry on Wednesday.

During the raids, a 161 registered Mercedes Benz car, a 182 registered Audi TT and a number of phones and electronic devices were seized. Three expensive watches and records relating to cryptocurrency purchases were also recovered.

The target of the searches is a man in his 50s, who was investigated by CAB in 2011 and subsequently convicted of money laundering.

Eleven plead not guilty to exploitation, neglect and sexual abuse of four children