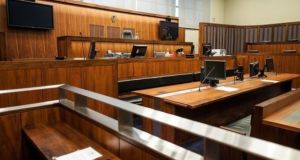 The Courts Service said approximately 8,000 people will be receiving letters cancelling their court date and notifying them that new fine and court dates will issue in due course.

The Courts Service has had to re-issue approximately 14,000 fine notices after wrong dates were printed on them.

The service said that approximately 8,000 people will be receiving letters cancelling their court date and notifying them that new fine and court dates will issue in due course. For the remaining approximately 6,000 people, the original court date will remain.

Judges and court offices have been told of what has happened. A spokesman said the Courts Service is not aware of any court orders made that would adversely affect respondents who received the incorrectly dated fines enforcement notices. – Colm Keena