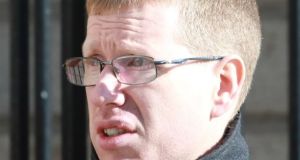 A case in which a man was awarded €750,000 damages after being assaulted outside a shop will not set a major precedent, a personal injury specialist has said following concerns raised by the retail industry.

Cian McCarthy (32) sued Herlihy Supermarket Group and its security provider when he was attacked outside their Centra Store during the 2011 Cork Jazz Festival and suffered a serious brain injury.

Mr McCarthy, of Dwyer Road, Midleton, Co Cork, was an innocent party but had been removed from the shop following a disagreement with another party and was subsequently assaulted. The case took into account the fact he had been denied re-entry to the shop before he was set upon.

In making the award, the High Court said the shop owner’s duty of care did not stop at the door of the premises, sparking concern among retailers about what this might mean for future cases, although that concern has been played down in legal opinion.

The Irish Small and Medium Enterprise Association (Isme), while sympathising with the plaintiff, said it “feared the implications of this ruling for the retail, hospitality, entertainment and sporting sectors”.

“The manner in which liability was fixed to the defendant because the victim was not readmitted to the shop is most peculiar,” it said.

“It potentially implies a duty of care to members of the general public who have entered a premises which endures in certain circumstances after they have departed the premises.”

Expressing its hopes for an appeal in the case, the retail lobby said there was a “general apprehension” among small business owners they might be fixed with liability in some cases, not because they are strictly liable but because they are insured.

However, Stuart Gilhooly, a personal injury lawyer at HJ Ward & Co, said there should be no concern the case would set a major precedent.

Mr Gilhooly, a former president of the Law Society, said case law already exists supporting the concept of liability for assaults outside a premises in “certain limited circumstances”.

“This case was decided specifically on the unique facts of the case and it is unlikely that any subsequent case would be on all fours with it,” he said.

“And, of course, the defendant has a right of appeal which I understand it is likely to exercise. Even after that, leave to appeal the Supreme Court may be sought.”

Giving his ruling in the case, Mr Justice Kevin Cross said while shop management were entitled to eject Mr McCarthy to avoid a confrontation, the first security guard should have noticed three people involved in the initial argument were following him outside and advised the second security guard, who denied him re-entry, of the situation.

“A property owner or its security staff duly entitled may lawfully evict a customer from their premises but that eviction cannot involve the person in effect being thrown to the wolves with the property owner having no concerns of legal liability for anything that occurred once the eviction had taken place,” he said.

Mr Gilhooly said the quantum of general damages was within the accepted cap as set by the courts.

The total general damages awarded were €350,000, within the appropriate range given the severity of the injury, and the remainder comprised special damages made up of past and future loss of earnings and medical expenses, he said.