Garda seems better at promising to reform than actual reform

The real truth of what analysts found has displaced the spoofing 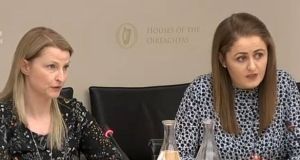 Deputy head of the Garda Analysis Service, Lois West, and senior crime and policing analyst, Laura Galligan, were very impressive witnesses at the Oireachtas Committee on Justice on Wednesday.

Controversy around the Garda’s misclassification of homicides has simmered away since first emerging publicly last April. The heat was turned up last month when The Irish Times revealed the two Garda civilian analysts who had discovered the classification errors were at loggerheads with Garda management and had also lost confidence in the Policing Authority.

The reports in this newspaper outlined how the two civilians had contacted the Oireachtas Committee on Justice with their concerns. And they had also questioned whether Garda management could be sure all homicides were investigated adequately, as was being claimed.

Now that the two civilians have gone public with their evidence - at the Oireachtas committee on Wednesday - the controversy has been expanded on and given a face. And it has escalated sharply as a result.

And with a major review of homicides between 2003 and 2017 likely to take the rest of the year, there is no end to this debacle in sight.

Deputy head of the Garda Analysis Service, Lois West, and senior crime and policing analyst, Laura Galligan, were very impressive witnesses; of that there is no doubt.

And their testimony to the Oireachtas Committee on Justice made it very clear the misclassification of homicides controversy is not simply about shoddy record keeping.

They fear a cavalier approach to data by some in the Garda means clear and present risk - such as warning signs about violent men capable of harming or killing their partners - is being missed.

They have also raised concerns about whether some incorrectly recorded homicides - which include murders and manslaughters - were adequately investigated.

Along with rape; homicide is the most serious crime the Garda investigates. If any evidence emerges that even a small number of homicides fell through the cracks the fall-out will be of the nuclear variety.

That apocalyptic scenario aside, Ms West and Ms Galligan found many homicide cases were so poorly recorded on the Garda’s crime database PULSE that they were unrecognisable as homicides.

In some cases suspicious deaths were recorded as sudden deaths, akin to dying of natural causes in the street or at home. Other homicides were not recorded until the year after they had occurred.

It’s all a serious business. But that’s only half of it.

The say they endured very rough treatment at the hands of some Garda officers in Garda Headquarters when they found the mistakes and dragged them into the light for resolution.

The “15 months of torment” they say they endured is a dark stain on an organisation that, once again, appears to be better at making promises to reform than actually reforming.

Ms West described the Garda organisation, with its mix of sworn Garda members and civilians, as one where rank overruled expertise.

Both women said they were put under immense pressure to drop their inquiries. And they were even pressured to sign off on bogus information that sought to minimise the homicide classification problems and suggest everything had been resolved.

They said they were disrespected professionally and belittled and that their integrity was attacked.

In short, they say their lives were made uncomfortable by some Garda officers when they found serious problems and tried to get the organisation to face up to and resolve those problems.

And now calls are growing for an independent investigation to be conducted into the treatment of Ms Galligan and Ms West.

In the wake of their evidence yesterday, some senior Garda officers stand accused of presenting a report to the Policing Authority last April that deliberately downplayed the extent and significance of homicide misclassifications.

That report contained information that was so inaccurate it left the civilian analysts “aghast” when they finally got access to it weeks later. And the report also denigrated Ms Galligan’s research and her professional standing.

It is little wonder then that Garda members refused to allow the civilians look at the report before it was submitted to the authority. Yet the report was passed off as being based on the civilian analysts work.

But showing quite a degree of strength and fortitude, Ms West and Ms Galligan refused to be browbeaten or intimidated. They stood firm even when the Garda presented false statistics in the report to the authority last April.

They continued to insist the errors found with homicide classifications needed to be faced up to and resolved.

And by September of last year another report on homicide misclassifications was submitted to the Policing Authority. This time it contained the correct information.

The accurate, thorough and unvarnished, fact-based work of Ms Galligan was presented to the Policing Authority.

Some 15 difficult months had elapsed since Ms Galligan first began her research. But finally the real truth of what she had found had displaced the spoofing that sought to rubbish her.